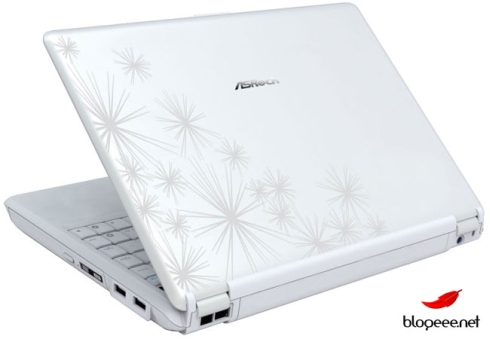 Apparently Japan’s DosPara isn’t the only company with the bright idea of releasing a 12 inch laptop with a dual core Atom 330 CPU and NVIDIA ION chipset for enhanced graphics performance. Blogeee reports that ASRock has a nearly identical machine in the works. In fact, I haven’t ruled out the possibility that the ASRock Multibook G22 and DosPara Prime Note Cresion NA might actually be the same computers packaged with different names for different markets.

Update: A rep from ASRock wrote in to clarify that this laptop has an Intel CULV processor and chipset, not a dual core Atom and ION chipset as had initially been reported. The notebook does still bear a more than passing resemblance to the DosPara mini-laptop, but it’s not clear if that means DosPara’s machine is CULV powered, or just a completely different animal.