The ASRock Mars ADL is a compact desktop computer that measures 7.6″ x 5.9″ x 1″ and has a volume of just 0.7 liters. But it packs a fair amount of power and versatility into a small package.

ASRock’s latest mini PC supports up to an Intel Core i5-1235U Alder Lake processor, up to 64GB of memory, and up to two SSDs. Pricing and availability details haven’t been announced yet, but ASRock has posted detailed specs for the computer on its website. 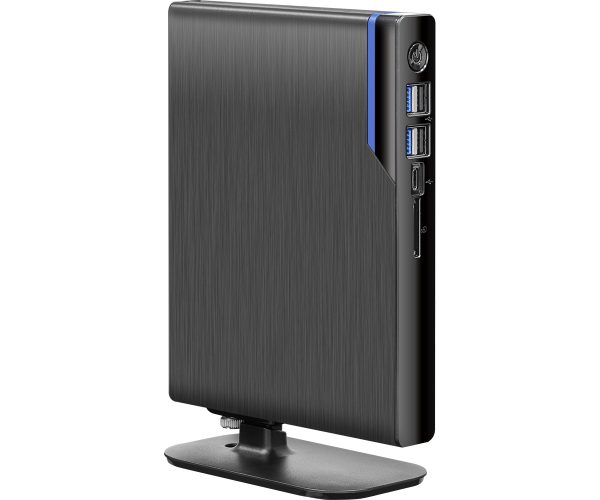 The ASRock Mars ADL is the latest in a line of mini PCs sold under the ASRock Mars brand. Like previous models, the newest version stuffs a 15-watt, laptop-class processor into a slim desktop computer.

While that means that this is a desktop with the heart of a notebook computer, there are some advantages to putting an Alder Lake-U processor into desktop rather than a laptop. First, battery life won’t be an issue (Intel’s 12th-gen chips tend to be a bit more power hungry than their 11th-gen counterparts). Second, you get more ports and expansion options. But you will need to supply your own keyboard, mouse, and display.

ASRock says the system is available with three processor options:

Each version of the ASRock Mars ADL comes with an ADLD4-P1 motherboard that measures 7″ x 5.7″ and features a proprietary fan for active cooling. So while all of these chips have a 15-watt processor base power and are  capable of hitting speeds up to 55 watts for a limited period of time, maybe they’ll have a little more room to breathe in this actively-cooled desktop (even if it is a rather small desktop). 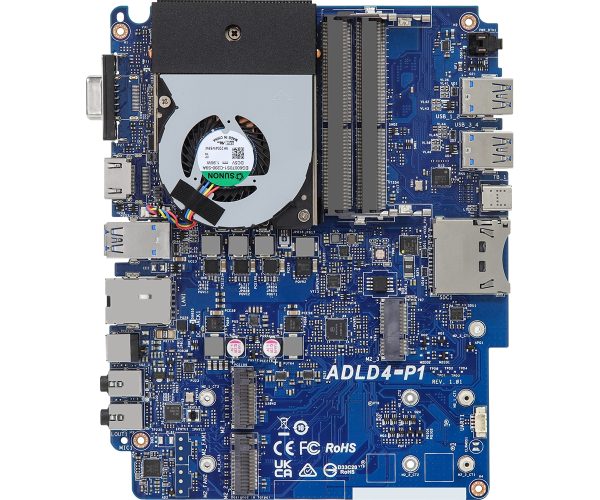 The computer comes with a 65W/19V power adapter and ASRock says the system supports Windows 10 or Windows 11 64-bit operating systems, although I don’t see why you wouldn’t be able to install Linux, Chrome OS Flex, or other operating systems.