The ASRock DeskMini line of computers tend to be compact desktops with a total volume of around 2 to 3 liters. But the new ASRock DeskMini Max is a system that sort of stretches the definition of Mini.

With a volume of 9.94 liters, it’s compact by desktop tower PC standards, but the computer’s 10.6″ x 8.7″ x 6.7″ chassis will take up at least as much space as a game console and it’s too large to easily mount to the back of a display. The benefit is that the chassis is large enough to house up to a 105W AMD Ryzen processor, discrete graphics, and even a liquid cooling system. 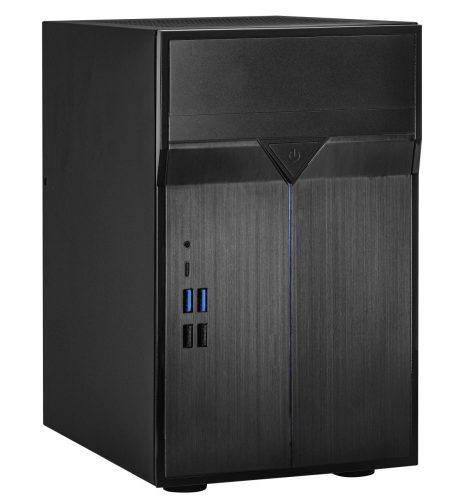 ASRock began sharing information about the DeskMini Max during the Computex trade show at the beginning of June, but now the company has issued a press release with more details. It’s also worth noting that ASRock refers to the DeskMini Max as a concept PC, which makes it a little unclear if or when you’ll be able to buy one.

The ASRock DeskMini Max has a motherboard with an AMD AM4 socket and support for up to a Ryzen 5000 series processor. It also has four U-DIMM slots for up to 128GB of RAM, and room inside the chassis for graphics cards up to 20cm (7.9 inches) in length as well as multiple storage devices thanks to support for an M.2 PCIe NVMe SSD and two SATA connectors.

ASRock says you can fit a 5.25 inch optical disc drive or 3.5 inch hard drive inside the case. And there’s even room for an optional single radiator liquid cooler.

The DeskMini Max chassis is designed to be fairly easy to open up, and the company has posted a video showing that it’s possible to fully configure a system with a processor, memory, storage, graphics and cooling in as little as 10 minutes.

On the outside of the case you’ll find ports including: 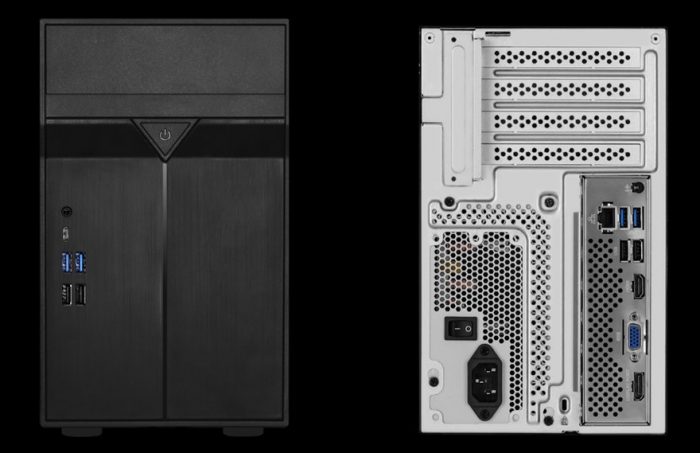 Overall, the DeskMini Max may be big for a computer with mini in the name, but it’s not much larger than Intel’s upcoming NUC 11 Extreme “Beast Canyon” computer, which has an 8 liter chassis. And since there’s pretty much zero chance you’ll be able to buy an Intel NUC with an AMD processor, the DeskMini Max may be the next best things for folks that would prefer a Ryzen processor to an Intel Tiger Lake-H chip.