The new ASRock DeskMeet is a small form-factor desktop computer that measures 6.6″ x 8.6″ x 8.6″ and which is designed to be a compact, versatile system with support for 12th-gen Intel Alder Lake or up to an AMD Ryzen 5000 desktop processor.

First announced in January, the ASRock DeskMeet is now available for purchase. Newegg is selling a barebones model compatible with AMD processors for $190, while an Intel-ready model sells for $224. 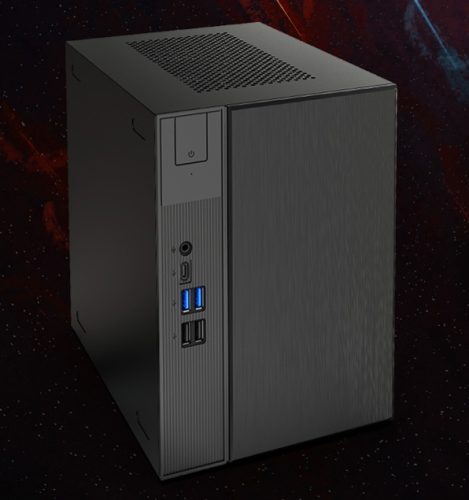 With an internal volume of 8 liters, the DeskMeet is a little smaller than the DeskMini Max that ASRock introduced last year. But it’s not quite in attach-it-to-the-back-of-your monitor territory.

But it is still a rather compact design for a computer designed for desktop-class performance and scalability. ASRock says the motherboard was designed to minimize internal cables and the power supply was optimized with cable management and airflow in mind. 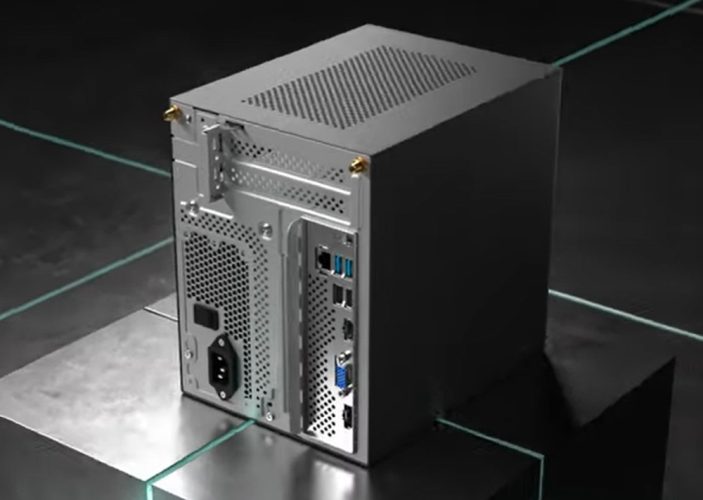 Both Intel and AMD models have 500W power supplies and support for up to 128GB of RAM and 20CM discrete graphics. The Intel model also supports up to five storage devices and including two M.2 2280 PCIe Gen 4 x4 SSDs, while the AMD version tops out at three storage devices and has only a single PCIe Gen 3 x4 slot.

Both systems also have plenty of ports on the front and back panels, although somewhat disappointingly, neither the AMD nor the Intel systems seem to have Thunderbolt ports.

Here’s an overview of the specs for ASRock’s DeskMeet line of PCs:

via press release and /r/MiniPCs