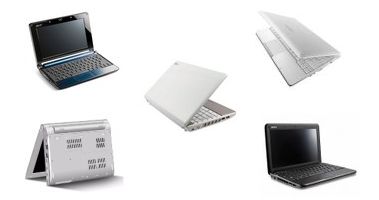 The folks at Ars Technica are putting together what appears to be a multi-part series on the history of the ultraportable computers. Part one looks at the HP 95LX, 100LX, and 200LX, which were first released in the early 90s. These machines were full fledged computers with x86 processors capable of running DOS and even Windows 3.0. Also touched on is the Toshiba Libretto, which took some of the ideas behind the HP 200LX a few steps further. Instead of cramming computer parts in a handheld case, the Libretto was just a regular laptop — but a very, very small one.

In 2004 another company called OQO upped the game with the Model 01, which took Windows XP and stuck it in a tiny handheld with a 5 inch display. I’d argue this was an amazing feat of engineering and miniaturization and the technology may have paved the way for today’s netbooks. But I’m reluctant to call anything with a slide out thumb-keyboard a predecessor of the netbook.

Ars also looks at a couple of other devices, including the original Psion Netbook, from the company that still holds the trademark on the term “netbook.”

Overall, the article makes for a good read if you’re interested in portable computing. But there’s one thing that almost all of these older devices lacked: an affordable price. What truly sets today’s netbooks apart from the ultraportables of the past is that you don’t have to pay an arm and a leg to purchase them. Thanks to the advent of smaller microprocessors, the rising popularity of digital photo frames (which means that there’s a fair amount of 7 to 10 inch LCD screens in production) and other market forces, it’s possible to build a $300 computer that’s capable of running Windows XP, Windows 7, OS X, or any number of Linux distros today. And that wasn’t the case just a few years ago.

Anyway, I’m still looking forward to checking out part two in the series.

Update: Part 2 is out, and it covers the history of the OLPC, VIA Nanobook, Classmate PC, and early netbooks like the Eee PC 701, Everex Cloudbook and HP 2133 Mini-Note, as well as the chip wars.

2 replies on “Ars does the History of the Netbook, part 1”