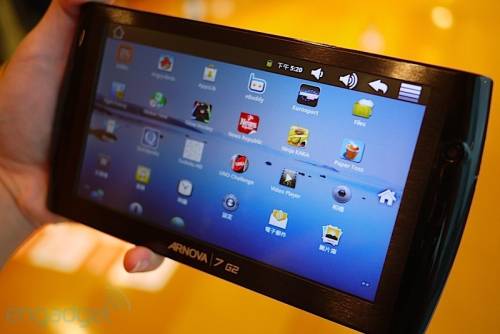 Archos is getting ready to launch updated versions of its low-cost Arnova tablets. Last week a new Arnova 8 G2 tablet showed up at the FCC, and now Engadget spotted the Arnova 7 and 10 G2 tablets in Hong Kong.

While Gingerbread was designed for smartphones rather than tablets, the software has an improved keyboard, better text selection, and other improvements.

There are still no US release dates or pricing available for the new tablets.