Archos is taking another swing at the smart clock radio space with the Arnova SoundPad. It’s basically what you’d get if you fused a 7 inch Android tablet with a small stand and a set of desktop speakers.

In other words, it’s like a big, next-generation Archos 35 Home Connect. 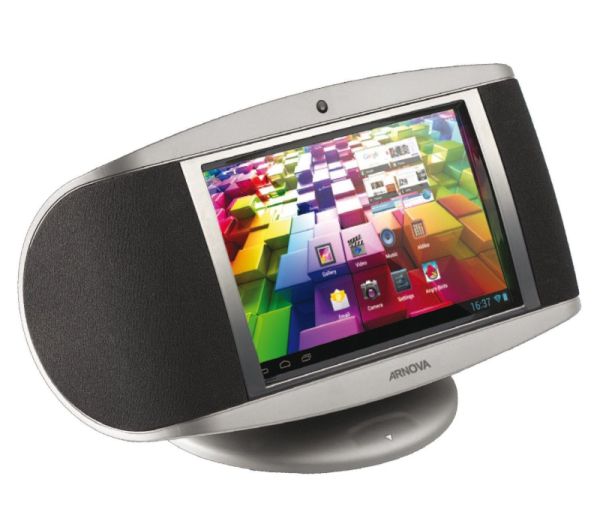 While the specs are a bit underwhelming by today’s tablet standards, I wouldn’t expect anyone to use the Arnova SoundPad for serious gaming or other tasks that require a faster processor. A Cortex-A8 chip should be fast enough to handle audio and video playback as well as some light web browsing, video chat, or other basic tasks.

The SoundPad supports both WiFi and Ethernet connections, features a mic and front-facing webcam, a microUSB port, and a microSD card slot in case the 8GB of built-in storage isn’t enough for you.

The SoundPad isn’t available in the US yet, but you can pre-order one from Amazon Germany for 150 Euros, or about $205 US.