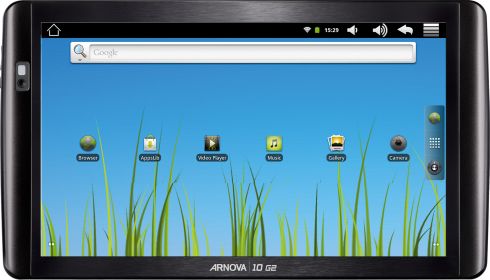 Earlier this year tablet maker Archos launched a new line of budget Android tablets which sold for $199 or less under the Arnova brand. Now the company has introduced updated versions of its 7 and 10 inch tablets with newer software and slightly beefier specs.

Unfortunately there’s no word yet on how much the new tablets will cost or when they’ll be available.

The tablet is available with either 4GB of 8GB of storage, and has a microSDHC card slot for expansion.

Like most Archos tablets, the Arnova 10 G2 puts an emphasis on multimedia, with support for 1080p H.264 video as well as support for MP4, RealVideo, and other video codecs including MKV, MOV, and FLV.

The new 7 inch tablet is virtually identical to the 10 inch model… but it has a smaller, lower resolution display. The Arnova 7 G2 has a 7 inch, 800 x 480 pixel capacitive touchscreen dsiplay. 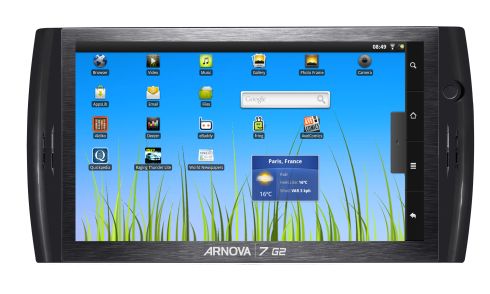 Like its bigger sibling this model features an ARM Cortex-A8 processor, Android 2.3 operating system, and 4GB or 8GB of storage. It can also handle H.264 video playback with resolutions up to 1080p as well as other video codecs.

This is the first Arnova tablet to come with support for 3G mobile broadband networks. It also supports GPS and Bluetooth. Other than that, the tablet looks quite similar to the Arnova 7. 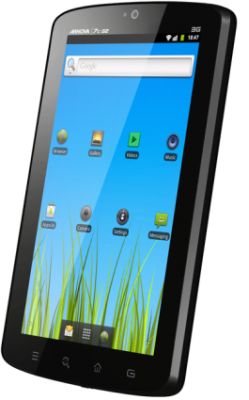 It runs Google Android 2.3, has a 7 inch, 800 x 480 pixel capacitivee multitouch display, and comes with 4GB of storage.

It appears this model may have a slower processor. Arnova says the 7c has a Qualcomm MSM7227 processor. That chip typically runs at 600 MHz or 800MHz.