Smartphone chips have to walk a fine line between power efficiency and blazing-fast performance. And the way they do this without literally catching ablaze is usually to offer performance in short bursts: the processors hit top speeds for a brief period to help you get things done, and then slow down after a little while to keep your phone from overheating or your battery from dying.

But you need sustained performance if you want to use your phone for things like games or virtual reality experiences. So ARM is taking aim at that kind of technology with its latest CPU and GPU designs. 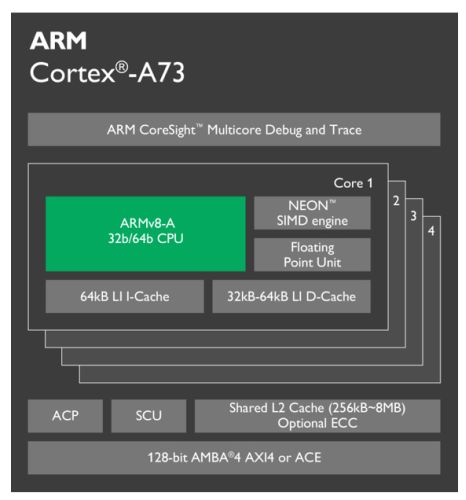 Mali-G71 is based on ARM’s new graphcis architecture, called “Bifrost,” and it’s said to offer 50 percent better graphics and a 20-percent improvement in power efficiency over Mali-T880 graphics. 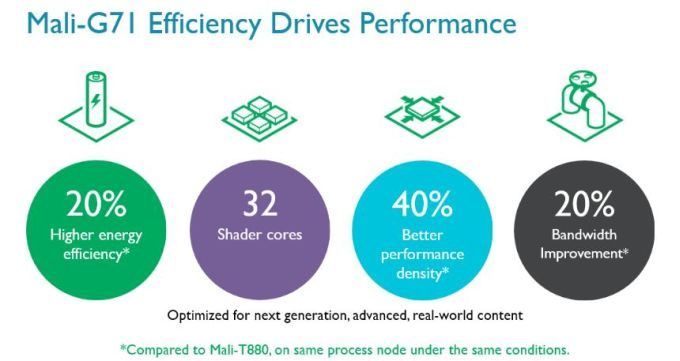 With 32 shader cores, ARM says the new graphics chips could be better than those you’d find in many mid-range laptops.

Bifrost is also optimized for the new Vulkan graphics API.

Cortex-A73 chips should be able to support peak frequencies as high as 2.8 GHz and to keep running at top speeds for a longer time than most other mobile chips have been able to do so far.

Like most of ARM’s recent designs, chip makers can use big.LITTLE technology to pair high-performance Cortex-A73 CPU cores with lower-performance cores in the same chip. So we could, for example, see multi-core processors featuring both ARM Cortex-A73 and Cortex-A53 CPU cores.

The company says a 6-core CPU with two Cortex-A73 cores and four Cortex-A53 cores would offer better performance than an 8-core processor with nothing but Cortex-A53 parts.

If you want a much more in-depth look at what’s new in ARM’s latest chip designs, I recommend you take a look at AnandTech’s reports on the new CPU and graphics designs.