Mozilla expects to see smartphones sell for as little as $25 soon. But chip designer ARM thinks things can go even lower.

ARM says the first $20 smartphones could launch in the next few months. 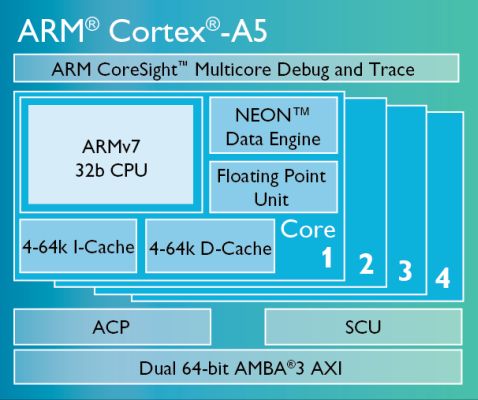 Don’t expect stellar performance from a $20 phone. But ARM figures you can take one of the company’s Cortex-A5 processors, slap on a cheap touchscreen, a little memory and storage, and a free operating system like Firefox OS and you’ll have a phone that you can use to surf the web, run apps, and make telephone calls with, I suppose.

As AnandTech points out, the original iPhone launched in 2007 with a $599 price tag and an ARM11 processor that’s slower than the Cortex-A5 chips ARM is talking about using in dirt cheap smartphones.

Clearly a lot can change in 7 years.

It’s likely that these entry-level phones will be aimed at developing markets where high-priced, and even mid-range smartphones may be out of reach for a large segment of the population. 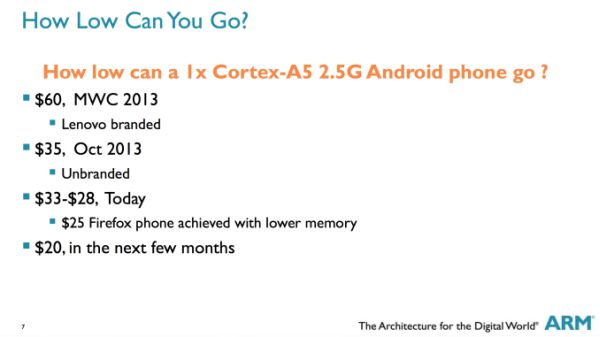