In other words, it can offer better performance while consuming less power. 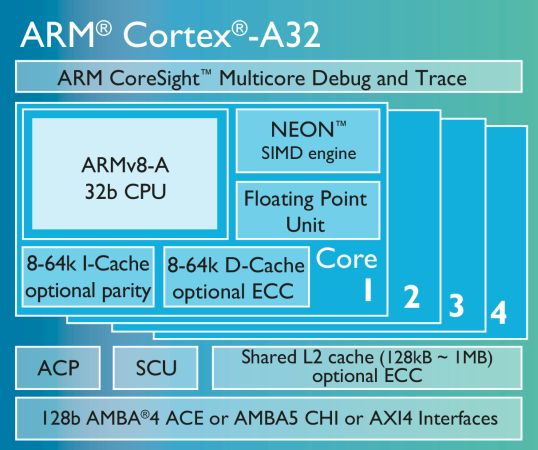 Interestingly, while the new chip is based on the same ARMv8 technology as 64-bit chips like the Cortex-A53, Cortex A-57, and Cortex-A72, the Cortex-A32 processor is a 32-bit chip.

Perhaps that’s because this processor is aimed at low-power, embedded devices such as Internet of Things gateways, wearables, or industrial devices. You probably won’t see these chips in smartphones or tablets anytime soon. 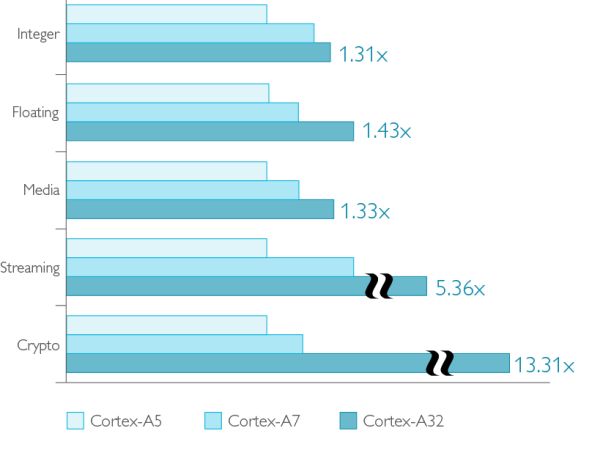