The company figures we could see ARM Cortex-A12 chips in mobile devices that sell for between $200 and $350. 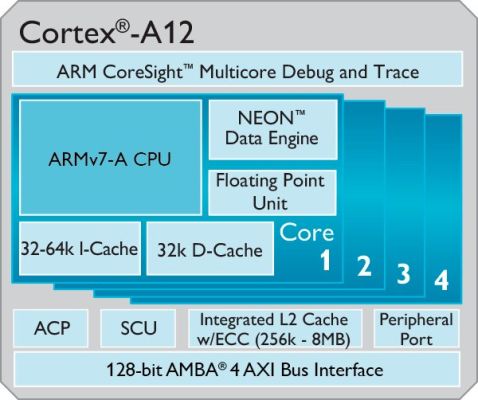 While not as fast as Cortex-A15 chips like the new NVIDIA Tegra 4 or Samsung Exynos 5, chips based on the new Cortex-A12 design should offer about 40-percent better performance than Cortex-A9 chips like the Tegra 3, Exynos 4, or Rockchip RK3188.

Cortex-A12 chips will be available as single, dual, and quad-core chips based on ARMv7 architecture. They support up to 1TB of addressable memory, making the design pretty future-proof (for now).

When you need all the performance your phone can offer, the higher-power CPU cores kick in. But for basic tasks, the lower-power cores take control in order to offer longer battery life. This is how Samsung’s Exynos 5 Octa processor works… but with ARM’s new design, we could see multi-core processors with big.LITTLE technology in smartphones. 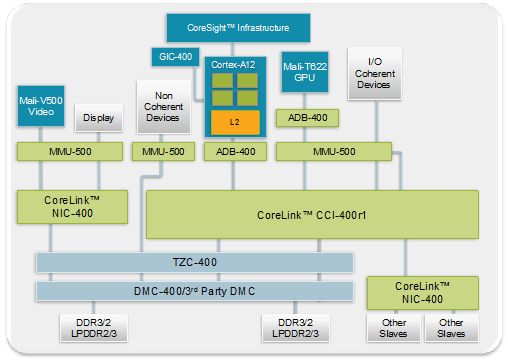 ARM is also unveiling new graphics chip designs including the high-performance Mali-T622 GPU and energy-efficient Mali-V500 video processor which can handle 4K video playback at 120 frames per second in mid-range phones and tablets.