ARM’s next-gen chip designs are on the way, and if the benchmark results listed in a series of leaked slides are accurate, the company’s new Mali-G72 graphics design could offer up to a 40 percent improvement in graphics performance while the new Cortex-A55 and Cortex-A75 CPU designs could should provide at least a 20 percent performance boost over their predecessors. 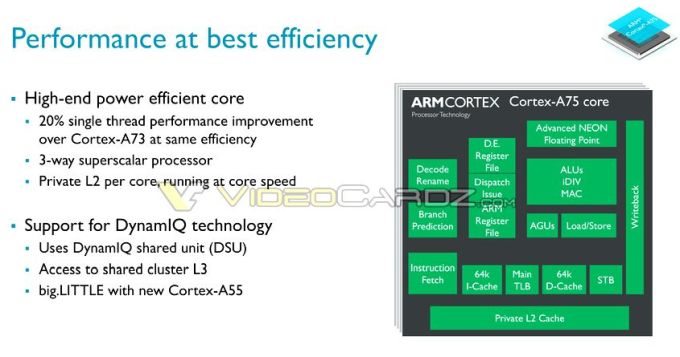 VideoCardz has published a set of leaked slides providing some details about the new designs. It looks like ARM plans to make an official announcement on Monday, May 29th ahead of next week’s Computex 2017 trade show.

ARM doesn’t actually manufacture any processors, but the company’s designs are licensed and used by the companies that make most of the chips used in smartphones (and some tablets, smart TVs, and other devices). That means these new designs will likely influence upcoming chips from Qualcomm, Samsung, and MediaTek, among others. 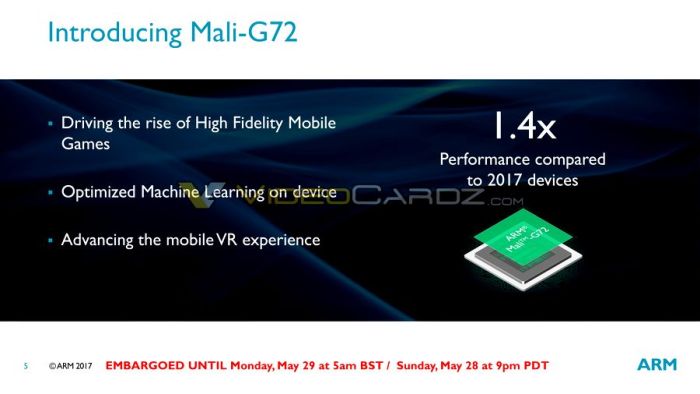 Thew new Mali-G72 graphics tech is an update to last year’s Mali-G71, and it includes improvements that ARM says should make it a better option for virtual reality and machine learning applications. The company says it offers up to a 40 percent overall performance boost, 25 percent higher energy efficiency, and 20 percent better performance density. 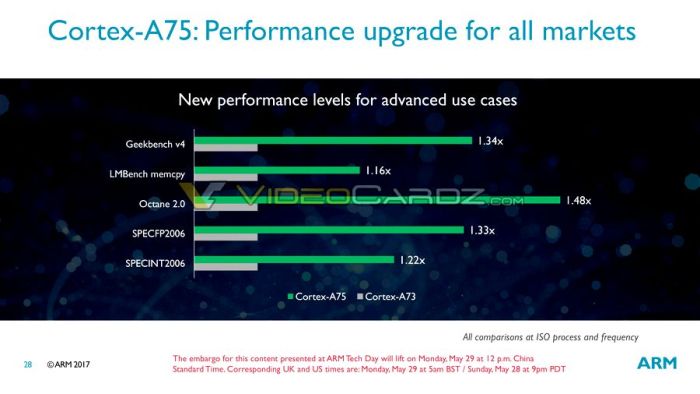 ARM’s Cortex-A75 CPU design is an upgrade to the Cortex-A73, and the company says it offers at least 20 percent “more mobile performance” in most tasks, with some benchmarks showing a nearly 50 percent improvement (although, to be fair, the biggest discrepancy is in the Octane 2.0 benchmark which was recently discontinued). 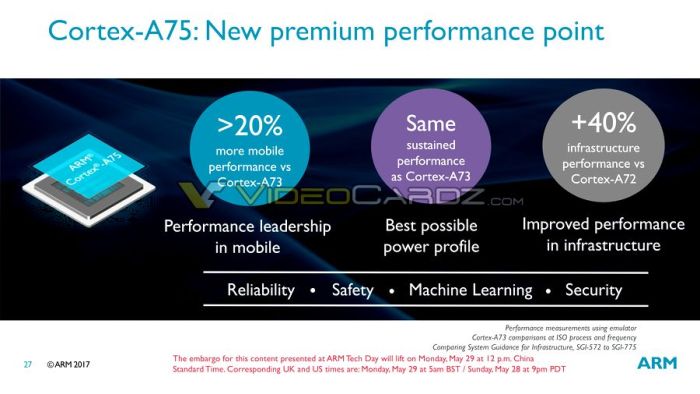 The new Cortex-A55 design is an update to ARM’s Cortex-A53, and it can either be used in mid-range processors or paired with a Cortex-A75 for multi-core processors that use ARM’s big.LITTLE tech to select the appropriate set of CPU cores for each task. 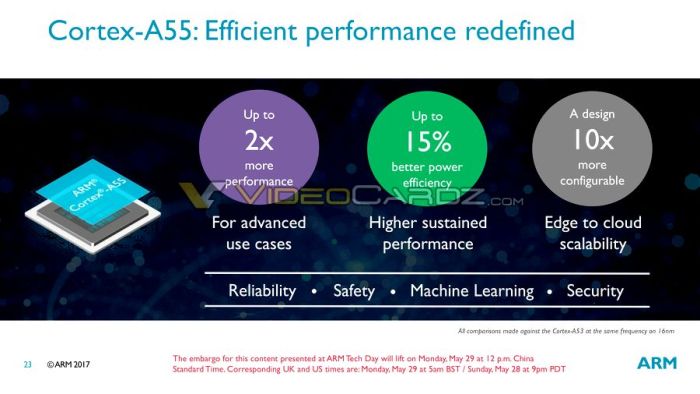 ARM says Cortex-A55 brings up to 15 percent better power efficiency and up to 2 times the performance of its predecessor, although you’re unlikely to see that much difference in most tasks: ARM provides results from 5 different benchmarks, and for the most part it looks like a 20 percent performance improvement is more typical. 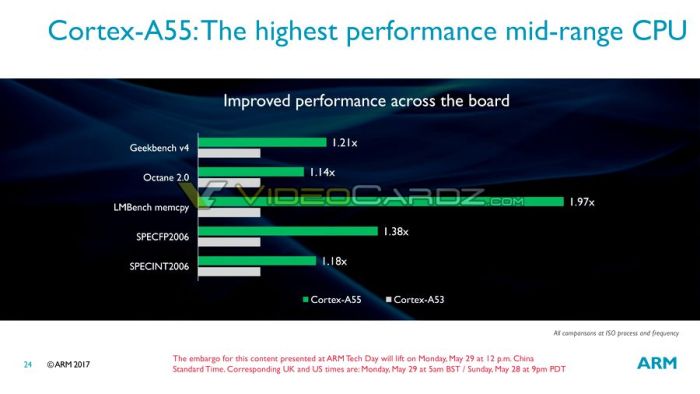 You can find more slides at VideoCardz.