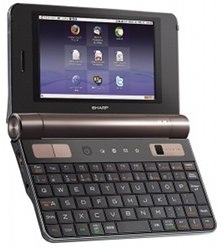 The netbook market exploded this year, and it was arguably the brightest economic light in the computing sector. Part of the reason for netbook success? Price, of course. In a down economy, it only makes sense that lower priced computers are selling like hotcakes.

ARM COO Graham Budd warns, however, that “netbooks can’t be just cheap notebooks.” In an interview with The Economic Times, Budd recently talked about what ARM brings to the table that will help differentiate the segment.

Just how will ARM netbooks be different? “The boot time will be faster, the battery life will be substantially higher, and the cost will be lower. ARM-based netbooks will also be smaller because we don’t have to put in a fan to cool the processor , as its energy consumption is very low. All this will help to create a category between a smartphone and a laptop,” Budd stated.

It sounds like he’s talking about smartbooks, though the jury is still out on what we’re going to call those. What’s important, however, is that ARM is serious about making a splash in portable computing. Their processors are used extensively in other devices – cellular phones and printers, for example. By teaming up with OEMs and providing compelling devices like Chrome OS netbooks, ARM could very well carve out a niche for itself.

Right now, however, ARM netbooks are really only able to run Linux distros tailored to their non-x86 processors. On top of that, there aren’t many to choose from at the moment.

After attending the Ubuntu Developer Summit, Shane Fagan lamented “Where’s my ARM netbook?” noting that only three models were available (four if you count a board-only unit). With Intel’s Atom able to run Windows and just about every interesting Linux distro under the sun like Moblin and Jolicloud, ARM has their work cut out.