The company behind the Argon ONE case for Raspberry Pi 4 computers (the one that puts all the ports on the same side), are launching a new Raspberry Pi-based device. But this time it’s not just a case: it’s everything you need to build your own network-attached storage (NAS) device powered by a Raspberry Pi.

The Argon EON is a device for folks that want to build their own NAS with 4 bays that can be populated with hard drives or SSDs. Argon40 is taking pre-orders through a Kickstarter crowdfunding campaign and plans to begin shipping the EON to backers in December. 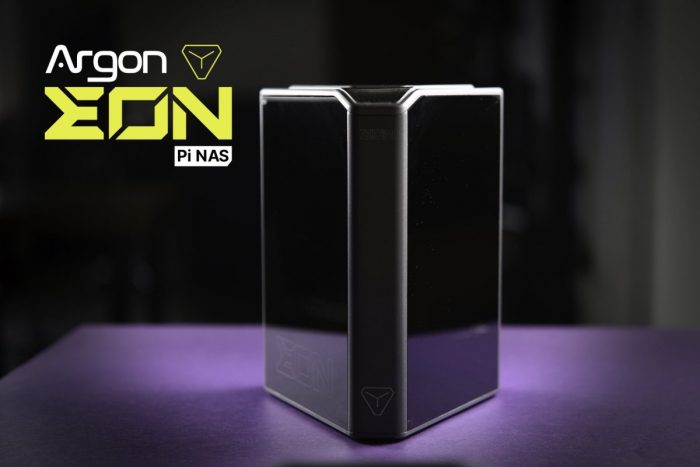 Pledge levels currently start at $127 for an Argon EON enclosure and 60-watt power supply, plus $26 for shipping. But you’ll need to supply your own Raspberry Pi 4 plus storage.

There’s also a $198 option that includes a Raspberry Pi 4 Model B with 4GB of RAM if you’d rather get most of the parts at once.

The Argon EON chassis has an unusual, angular design. The NAs is a triangle-shaped tower rather than the usual rectangle. It has an aluminum chassis to help with heat dissipation. But there’s also a controllable fan inside the case to provide active cooling as needed.

Other features include a programmable power button that supports functions like double-tap to reset and which has a small OLED display built in, which can display system status information.

Under the hood, there are four bays:

Argon40 says each bay can support up to 10TB of storage for a total of up to 40TB.

The system also has its own real-time clock, which allows you to have the Raspberry Pi to wake from sleep to perform scheduled actions at a predetermined time.

Like the Argon ONE, the EON also repositions the Raspberry Pi’s ports so that they’re all accessible on the back of the system, allowing you to minimize clutter. The Gigabit Ethernet port, USB 3.0 and USB 2.0 Type-A ports, and dual HDMI ports are all on the back, where you’ll also find a microSD card reader (that you can push to eject a card) and a door that covers the GPIO pins, which are still accessible if you need them. 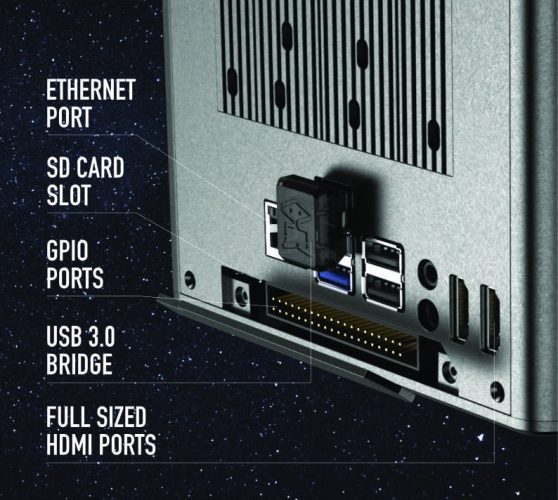