Some smartphone makers try to make their handsets stand out by cramming an insane amount of pixels into the display. Others opt for extra-long battery life. But there’s another battlefront in the smartphone spec arms race: RAM.

This year we started to see smartphones with 4GB of RAM. Next year we might see the first 6GB models. 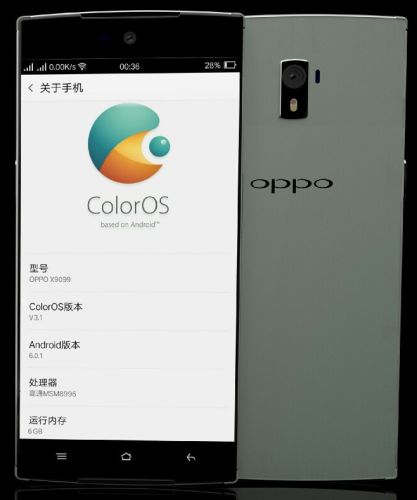 Images of an unannounced phone from Chinese device maker Oppo are making the rounds on Weibo, and they paint a picture of a device with a Qualcomm Snapdragon 810 processor, Android 6.0 software, and 6GB of RAM.

GizChina speculates that the phone could be the upcoming Oppo Find 9.

It could also be a fake.

But whether this is the first phone with 6GB of RAM or not, I suspect we won’t have to wait long until phones with that much memory hit the market.

Do you need 6GB of RAM in a phone? Probably not… at least not for now. But like goldfish, mobile software has a habit of growing to fill the size of its tank. I would have thought 4GB was overkill too, but when I tested the Asus Zenfone 2 with that much memory, it was nice being able to switch apps frequently without worrying that an app I hadn’t used in a while would have to reload from scratch. Eventually we could also see more resource-intensive apps and games that take advantage of the extra memory whether you’re a heavy multi-tasker or not.

Still, it’s kind of remarkable that phones with full HD or higher-resolution displays are increasingly common at a time when many laptops still sport 1366 x 768 pixel screens. It’s not hard to imagine a future where your smartphone also has more memory than your laptop.