When you buy an eBook you might think you’re spending money on pretty much the same thing you’d get if you bought a paperback book: thousands of words composed by an author to tell a story, make an argument, or otherwise put ideas into words, paragraphs, and maybe even chapters.

Sure, an eBook isn’t a physical item that you can toss on a bookshelf, scribble on, or loan to a friend. But you’d be mistaken for thinking it’s a good rather than a service.

A European Union Court would beg to differ. 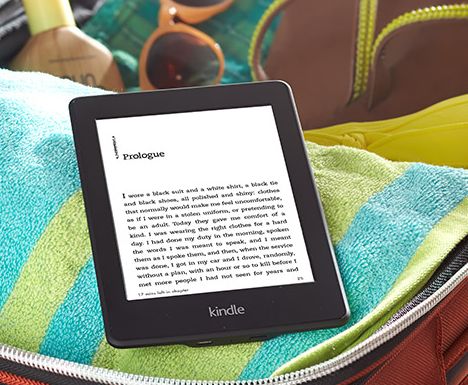 France and Luxembourg tax books at lower rates than other goods and both countries wanted to do the same for eBooks. But a EU court ruled that the reduced tax rates don’t apply to eBooks because they’re “electronically supplied services” rather than goods.

Authorities with the European Commission are leaving open the possibility that they could change their rules in the future so that eBooks could be taxed at the same reduced rates as printed books. But that doesn’t change the fact that a court just ruled that when you pay for a book what you’re paying for is a service rather than an item.

That probably shouldn’t be a surprise to anyone who’s been following news about digital books for a while. Essentially many retailers that sell eBooks are actually selling a license agreement to read those books… which isn’t the same as selling the item itself, which is how Amazon was able to delete the worst book imaginable from the Kindles of customers who had purchased the book a few years ago.

The EU court’s ruling doesn’t really have anything to do with the license agreement though. Instead the court figures that since you can’t actually do anything with an eBook unless you have a device to read it on (such as a computer, tablet, or eReader), it’s a service rather than a good — and that only the device you read it on should be considered “tangible property.”

So unless you get an eReader with every book you buy, it’s not covered under the applicable law… at least for now.

via Reuters and WSJ

3 replies on “Are eBooks goods or services? An EU Court thinks they’re services”