Prices start at $29 during crowdfunding for a tiny gaming device with a 0.96 inch monochrome OLED display, an 8-bit, 16 MHz Atmega32u4 processor, 16MB of storage, and 300 pre-loaded games. 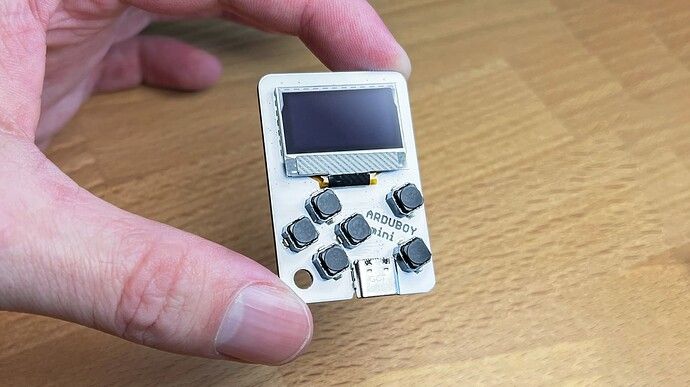 While there are plenty of pocket-sized gaming devices to choose from these days (your phone is probably one, after all), the Arduboy Mini is small enough to be a keychain accessory, and there’s even a hole in the printed circuit board designed to let you attach the device to a keychain.

The little device lacks some of the bells and whistles you might find on some other gaming gadgets. There’s no WiFi or Bluetooth, for example. But there’s are six buttons with ALPS tactile switches (four where you’d normally find a D-pad, plus two action buttons), a USB Type-C port, and a 128 x 64 pixel monochrome display.

Two things that aren’t included? A battery and a case. But the charging circuitry for a battery is all in place, and design files for 3D printed cases will be provided.

In other words, the Arduboy Mini is aimed not just at folks who want to play mobile games on the go, but hardware hackers who are comfortable doing a little DIY work to make the device more usable.

The Arduboy community also includes tutorials for folks looking to code their own games for the platform.

The Mini the latest in a line of products from the Arduboy team. While it’s not expected to ship until next June, you can currently pick up an Arduboy FX for $54. It has the same same processor, a 180 mAh battery, a larger body (with a case), and 200 games pre-installed). 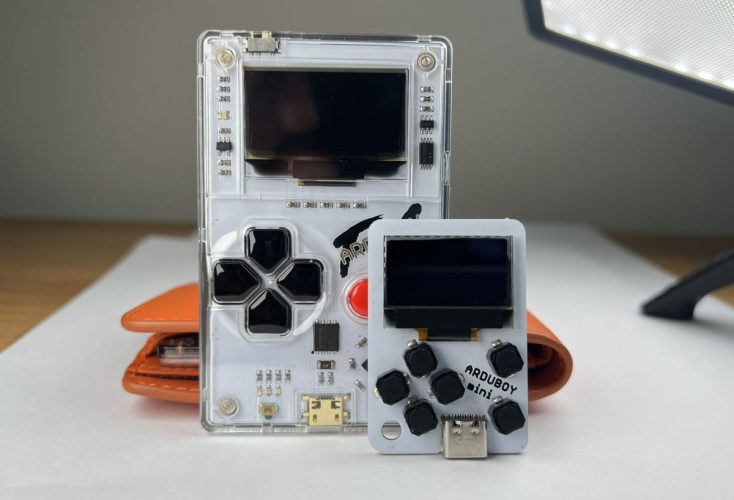 via @bateskecom, Gizmodo, and Arduboy Community