French device maker Archos will introduce a range of new tablets in 2012, including a super-thin model that measures just 7.6mm (or 0.3 inches) thick and a tablet with a keyboard docking station. 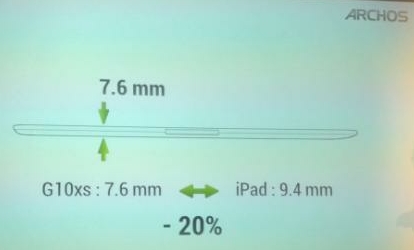 The Arnova line of budget tablets are among the cheapest halfway decent tablets available, while the Archos 80 and Archos 101 G9 tablets were the company’s first to offer dual core processors and Google certification (which is what you need to load the Android Market on a tablet).

The move seems to have worked out well for the company. It looks like Archos revenues more than doubled from 2010 to 2011.

This year the company will be offering 3 lines of tablets:

The 7.6mm Archos G10 xs line will include the 7.6mm tablet and the model with the keyboard mentioned above. 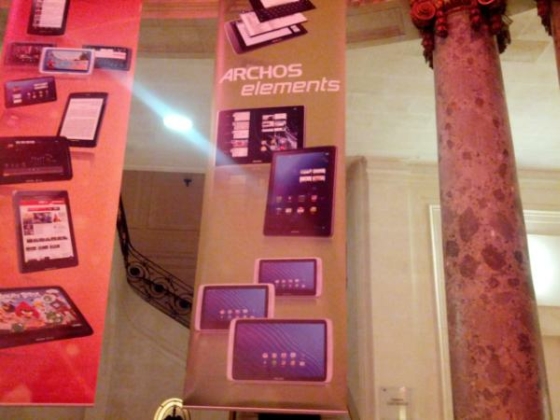 The Archos Elements and Archos G10 tablets will all feature Google certification, which means those models should ship with the Google Play Store and other apps including the official Gmail and Google Maps applications. 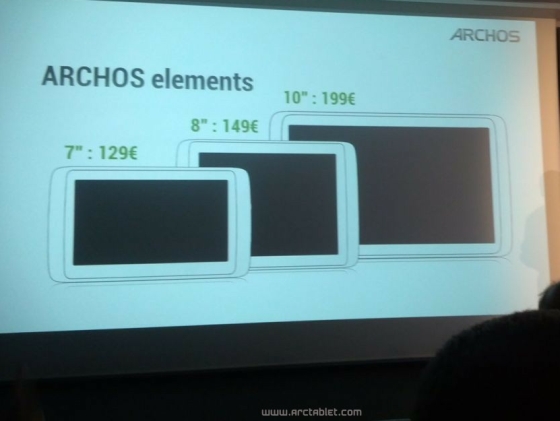 Archos is hardly the first company to develop a tablet with a detachable keyboard. Asus offers a line of Transformer tablets with optional keyboard docks, while Lenovo introduced a new 10 inch tablet with a keyboard dock at CES in January. 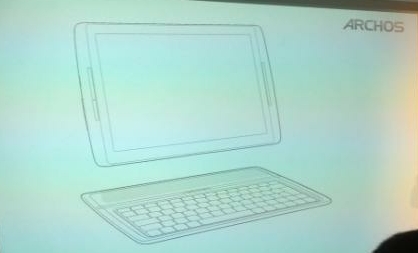 There’s no word on the ship dates for the new tablets, but it’s likely they’ll be sold in both Europe and the US.

3 replies on “Archos will launch Gen10 premium tablets this year”