Archos has sort of made a name for itself in recent years by releasing a string of cheap Android tablets that aren’t quite as good as higher-end devices from companies like Acer, Asus, and Samsung.

But now Archos is getting ready to introduce a new product that turns any TV into a smart TV… and the Archos TV Connect actually looks like one of the better options in that space. 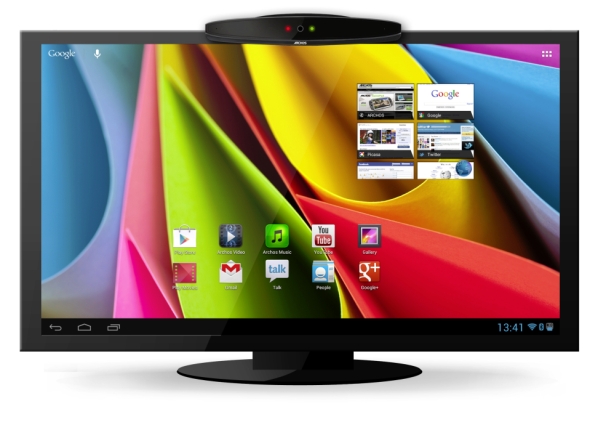 That’s because for the most part the Archos TV Connect isn’t competing with hardware for top tier PC makers. Instead, it looks like a spruced up Android Mini PC or Android TV Stick… the sort of thing we’ve seen primarily from white box Chinese device makers.

Like those devices, the Archos TV basically has the guts of an Android smartphone, including a TI OMAP 4470 ARM Cortex-A9 dual core processor, 1GB of RAM, and 8GB of storage. You plug it into your TV to run Android apps on the big screen.

But the Archos TV Connect stands out from the crowd in a few ways. First, it’s a larger box than many we’ve seen — and that means there’s plenty of room for ports including a full-sized Ethernet jack.

Second, it’s meant to be positioned on top of your TV, which makes it easy to line up with the wireless remote control that comes with the device.

Third, there’s another reason to stick this on top of your TV where you can see it: There’s a built-in HD webcam which you can use to make video calls over Skype or other applications. There’s also an LED which can flash to let you know when there’s an incoming call or other notification.

You can connect the device to the internet over WiFi or Ethernet, and it’s a Google certified device with access to the Google Play Store. That means you should have no problem downloading Netflix, Hulu, or other apps that let you stream online video to your TV. 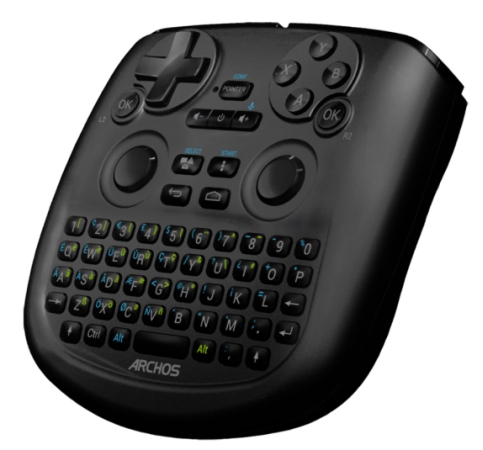 The remote control features a QWERTY thumb keyboard for typing, as well as video game controllers, which means you could also use the TV Connect as a video game console.

Archos says the TV Connect should be available in February for about $130.