Like dozens of other manufacturers, Archos is packing its bags and heading to Las Vegas for CES 2019. The company will have plenty of new gear on display, some of which they’re obviously very excited about. So excited, in fact, that they couldn’t wait for CES to show it off. 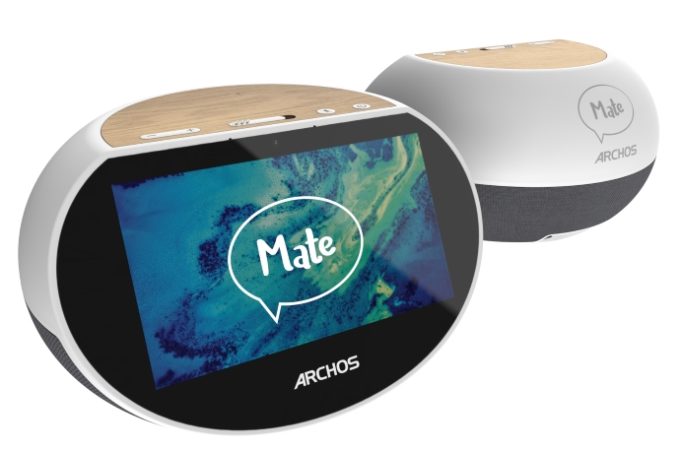 Archos is expanding their lineup with a pair of new smart displays. Unlike the Archos Hello which launched this February with Google’s Smart Display platform running the show these new models will feature Alexa integration.

First up is the Mate 5. It features a 1.2GHz quad-core processor and (you guessed it!) a 5-inch full HD display, and dual 3W speakers It looks a bit like a chubby, oversized alarm clock. Archos says it will retail for $129 — which just happens to line up with Amazon’s own Echo Spot.

The other model is the Mate 7 (below), which ups clock speed to 1.3GHz, stretches the display another two inches, and upgrade to a pair of 10W speakers. All that adds just $20 to the MSRP. At $149, it could be an interesting alternative for folks who find the Echo Show to be a bit on the pricey side.

Other than the larger display, slightly faster processor, and more powerful speakers the hardware in the Mate 7 appears to be identical to what’s in the Mate 5. Both models come with 2GB of RAM and 16GB of internal storage. A micro SD slot lets you add another 128GB. Each has a 5MP camera and a pair of microphones that utilize Synaptics’ far-field processing tech. 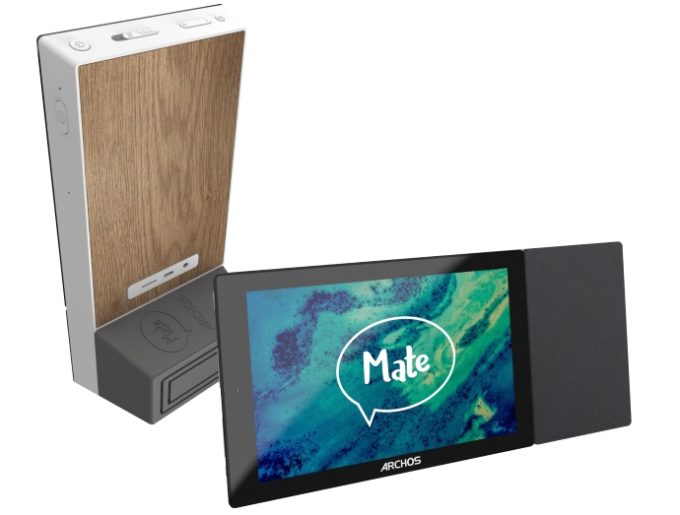 Privacy-minded users will appreciate that Archos has included a physical switch that can turn the microphones off. The Mate 5 and Mate 7 are also portable with power supplied by a 3000mAh battery when they’re not plugged in. Archos says that both are smart home bridges, though support for specific protocols like Zigbee or Z-Wave isn’t mentioned.

Archos plans to start shipping out review units on January 21st. As far as when you’ll be able to buy the Mate 5 and Mate, that’s less clear. The press release keeps things vague, pointing to some time during the first quarter of 2019.