Archos has been releasing special developer edition software for its Android tablets for the last few years. Recently the company added Special Developer Edition (SDE) firmware for its 9th generation tablets to the list.

But while earlier SDE firmware releases have been based on Angstrom Linux, the SDE software for the Gen9 tablets is basically just a tool that lets developers flash custom kernels or ROMs on the tablets. 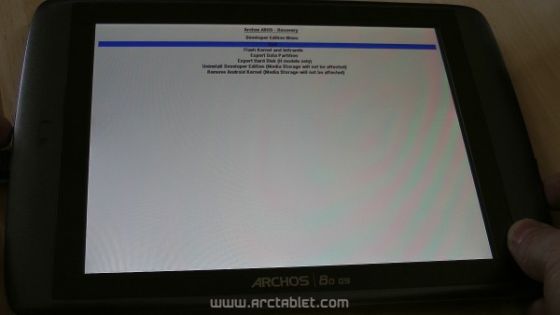 The software is clearly aimed at developers and not the general public. Installing the SDE firmware will void your warranty and it will prevent the Archos tablets from playing media files that are protected with DRM.

But as ArcTablet points out, the firmware will give you more control over the device. It lets you create a multiboot system that can run more than one operating system. You can use it to export your data partition or remove the Android Kernel.