Carl Zeiss isn’t the only company getting ready to launch a device that lets you strap a smartphone to your head and call it a virtual reality system. Budget device maker Archos has one in the works too, and according to ArcTablet it should be available by the end of the year for about €30, which is less than $40 US.

Update: Archos VR Glasses are real, and they’re even cheaper than expected. They should ship in November for about $30. 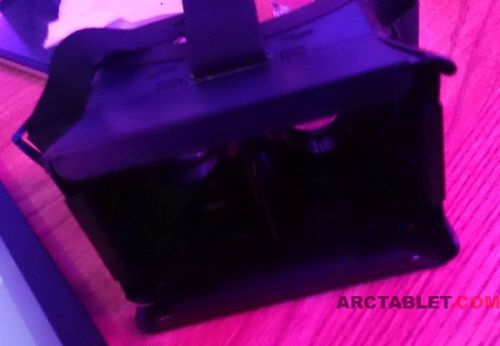 It’s possible to offer a headset like this at a low price because it’s really just a plastic frame designed to fit around your eyes, along with plastic lenses that let you get an up close and personal view of your phone. The phone itself handles most of the heavy lifting — literally. ArcTablet reports the Archos headset is so light that your phone might be the heaviest part of the system.

Fire up an app on your phone and the handset will display different images to each eye and track your head movement to adjust your view depending on where you’re looking.

Odds are that developers won’t have to create apps specifically for the Archos headset. There are a growing number of devices like this in the works including the Carl Zeiss VR One, Samsung Gear VR and Google Cardboard. The Archos model is just poised to be one of the cheapest models that isn’t made out of cardboard. The prototype suggests it’ll also be less stylish than some of its competitors.

The Archos headset is designed to work with most phones featuring screen sizes between 4 and 6 inches, although phones with larger displays might work as well. It should be available in late November or early December.