Archos has been selling low cost tablets under its Arnova brand name for the past few years, and this year the company started introducing its 3rd generation products. In April the Arnova 9 G3 and Arnova 10b G3 were the first to launch in the US.

Now Archos has updated the Arnova website to list 9 different Gen3 tablets. We’ve seen details for many of them before, but now it looks like they’re all expected to launch soon (with the exception of the models that are already available for purchase). 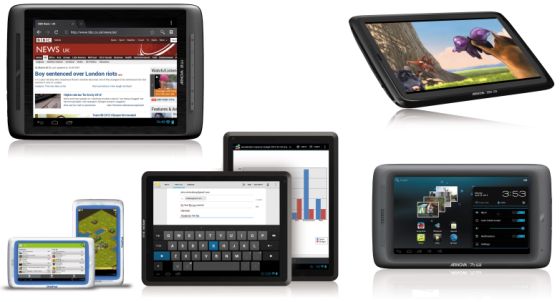 All of the tablets feature Android 4.0, 1 GHz ARM Cortex-A8 processors and 1GB of RAM. Some of the tablets have very similar features, but offer different case designs.

Here’s a quick run-down of the new tablets:

There are no prices for these tablets on the Arnova website, but the least expensive of the new Arnova G3 tablets is available for as little as $100.