Archos appears to be preparing to launch a new Android tablet with a 13.3 inch display called the FamilyPad. It showed up at the FCC this week, which means it could be coming to the US soon. 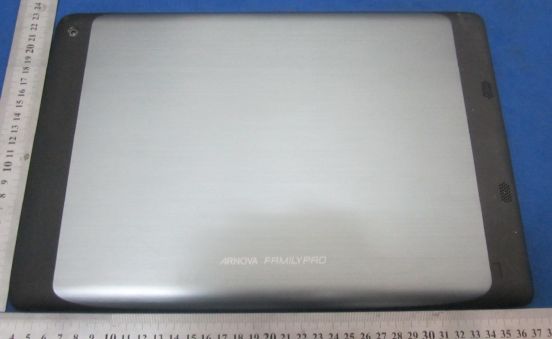 The FCC listing doesn’t provide many hardware details, but the photos show a tablet which is nearly 13 inches wide, and which has front and rear cameras, at least two USB ports, an SD card slot, and audio jacks.

Under the hood, it looks like the FamilyPad has the same Allwinner A10 ARM Cortex-A8 single core processor found in the MK802 and a number of other inexpensive Android tablets and TV boxes. It’s a capable little processor, but not exactly a speed demon, so the inclusion of an A10 chip suggests that the tablet won’t cost an arm and a leg.

Archos is also known for making relatively inexpensive tablets. The company will offer FamilyPad models with 8GB or 16GB of storage.

The Archos MW13 FamilyPad will join the Toshiba Excite 13 in the rare and moderately exciting world of Android tablets with 13 inch displays.