Budget Android tablet maker Archos is branching out into notebook territory with the launch of a $170 notebook featuring a 10 inch touchscreen display and Android 4.2 Jelly Bean software. 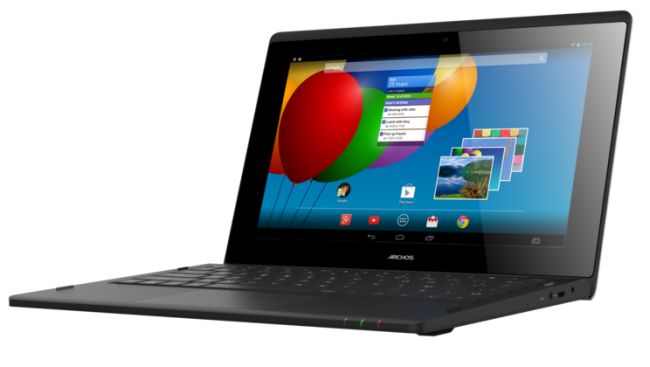 The specs are a bit of a mixed bag. On the one hand, Archos is promising over 9 hours of battery life from the 8000mAh battery. On the other hand, the laptop has a low-resolution display, a relatively slow processor, and an aging version of Google’s Android operating system.

Here’s what Archos is offering in its first ArcBook laptop:

The ArcBook has a full QWERTY keyboard with Android function keys and a touchpad that supports single-finger input and one-finger clicks only.

While it runs an operating system designed for phones and tablets, the ArcBook is a Google certified device, complete with access to the Google Play Store. It comes preloaded with Office Suite Pro 6, but you should be able to install other office and productivity apps, web browsers, or other software that you’d expect to use on a notebook… although if you expect Microsoft Office, Adobe Photoshop, or other Windows apps, you’ll probably be better off buying a cheap Windows tablet or notebook.

But while prices for cheap Windows computers seem to be getting lower and lower, it’s still tough to find a $170 Windows notebook that offers all-day battery life.

11 replies on “Archos launches a $170 Android laptop: The ArcBook”