Archos is adding two new smartphones to its lineup, and they appear to be mid-range Android handsets at reasonably low prices. The Archos 45 Helium 4G and Archos 50 Helium 4G are coming soon with prices starting at $200 for a contract-free phone.

They’re not bad-looking phones, but Motorola doesn’t have much to worry about — the $179 Moto G still looks like a better value in most areas. 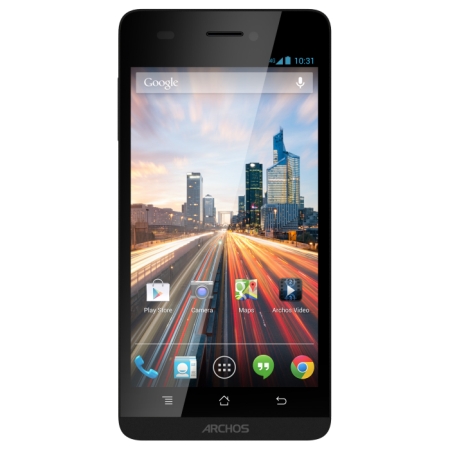 The rest of the specs are pretty much the same as those for the Archos 5 Helium 4G.

If these two phones had come out a few months ago, they might have looked like pretty good devices for the price. But now that you can get a $179  Motorola Moto G with a 4.5 inch, 720p display, 8GB of storage, the latest version of Android, the low-priced smartphone space is a bit more competitive.

The Archos phones do have two key advantage over Motorola’s budget smartphone: The Moto G doesn’t support LTE networks, but the Archos Helium 4G phones do. The Archos handsets also have microSD card slots for extra storage space — something that’s not available on the Moto G.