Lat month Google unveiled a new “smart display” platform for Google Assistant-powered speakers-with-displays. Lenovo, LG, JBL, and Sony all plan to bring smart displays to market this year, where they’ll compete with similar gadgets from Amazon including the Echo Show and Echo Dot.

French device maker Archos also seems to want a piece of the pie… but instead of using Google’s Smart Display platform, the company seems to have just designed a device that runs Android Oreo. 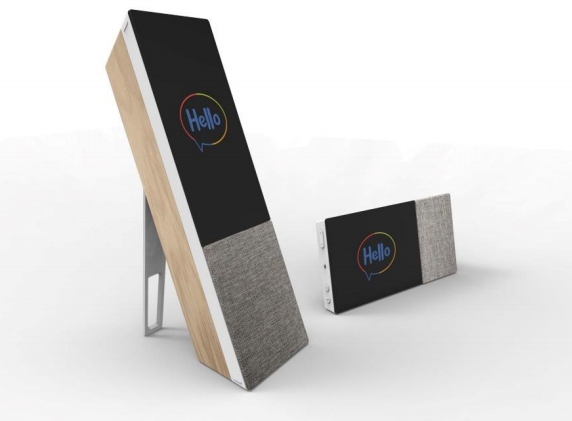 Both have speakers that cover part of the device, wood panels on the back, and a design that lets you position the Archos Hello in portrait or landscape orientations.

Archos says both models have touchscreens, unspecified quad-core processors, 2GB of RAM, 16GB of storage, 4,000 mAh batteries, and 5MP cameras. They support WiFi and Bluetooth, and the batteries should provide at least a few hours of run time when the device is unplugged.

Since the Hello is running Android, it’s kind of like a tablet with an unusual design. I suppose that could make it more useful than a normal Smart Display with Google Assistant. But as Amazon’s Echo line of products has demonstrated, sometimes less is more, especially when it comes to voice controlled devices that are designed to do a few things well rather than a multitude of things poorly.

Still it sounds like the Archos Hello should be able to do most of the things other smart speakers/displays can. Archos says the platform supports Google Duo, Google Play Music, YouTube, and Google search, among other things.