Touchscreens may have transformed the mobile device space over the last few years — but sometimes touch-sensitive controls can’t beat a good old fashioned button. If you’re tired of playing video games with on-screen controls and having your finger slip off the screen, French tablet maker Archos has a solution.

The company is introducing a 7 inch gaming tablet called the Archos GamePad. 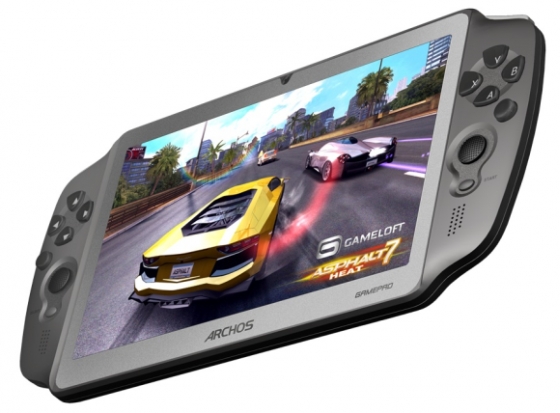 The GamePad features a 7 inch touchscreen display. But on the right and lefts sides of the screen you’ll find direction pads, and enough buttons to handle pretty much any video game control mechanism you can throw at it.

The tablet is powered by a 1.5 GHz dual core processor with Mali 400 graphics. It runs Google Android 4.0 and features access to the Google Play store for music, movies, games, and other digital content.

Most Android games are designed for touch-based input, so the extra buttons might not seem all that useful at first. But they should make a big difference in game play for titles that do support them.

They’ll probably make an even bigger difference if you’re using an emulator to play classic Nintendo or PlayStation games.

Android 4.0 includes support for USB and Bluetooth game controllers such as an Xbox 360 controller. But with a device like the Archos GamePad (or Sony Xperia Play smartphone or JXD S5100 tablet, for that matter), you don’t need a separate controller.

We first heard that Archos was working on a gaming tablet this Spring, and now Slashgear reports that the Archos GamePad will launch in Europe in late October for about 150 Euros, which is about $188 US. There’s no word on a US price or release date yet.