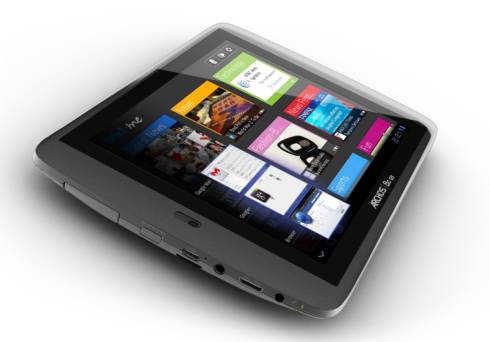 This summer Archos unveiled two new tablets running with speedy TI OMAP processors and Google Android 3.2 Honeycomb. Now the company is just about ready to start selling the new Archos 80 G9 and Archos 101 G9 tablets. They go up for pre-order on September 20th for prices ranging from $299 to $469.

If you want to go all out, you can also get a $369 model with a 250GB hard drive and a 1.5 GHz  processor. The hard drive will likely be slower than the flash storage and take a toll on battery life, but there aren’t many Android tablets that offer this much storage.

The rest of the specs are pretty much the same as those for the 8 inch model, including the kick-stand, sensors, and camera.

When Archos first introduced these new tablets earlier this summer one of the company’s key selling points was the price. At the time there weren’t many other Android tablets available for under $400. A few months later, the $299 to $469 suggested retail prices are actually a bit on the high side. Lenovo, ViewSonic, and Acer are all offering inexpensive tablets, competing with Archos on its home turf, while Archos (which has long been known as a budget device maker) is starting to enter high-end tablet territory.