It looks like Archos is preparing to launch another 10 inch tablet under its low cost Arnova brand. A new tablet called the Arnova 10d G3 showed up at the FCC this week. 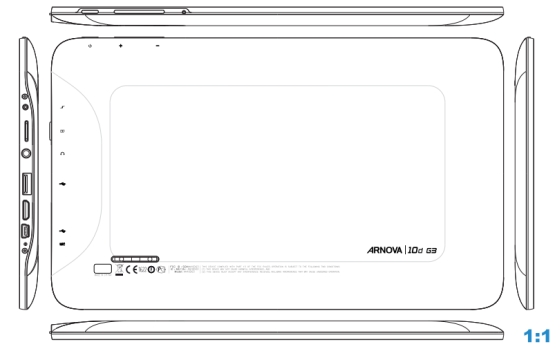 There’s no information about the new model at the Arnova website, but according to a German retail product listing, the Arnova 10d G3 features a 10.1 inch, 1024 x 600 pixel display, a 1 GHz ARM Cortex-A8 processor and 802.11n WiFi. The tablet runs Google Android 4.0 Ice Cream Sandiwch.

It will have a microSD card slot, front-facing HD camera, and a microUSB port. The label drawing at the FCC also shows additional ports which could be HDMI and full-sized USB ports, as well as audio jacks.

The company already offers a 10 inch Arnova tablet called the Arnova 10b G3. It has very similar specifications.