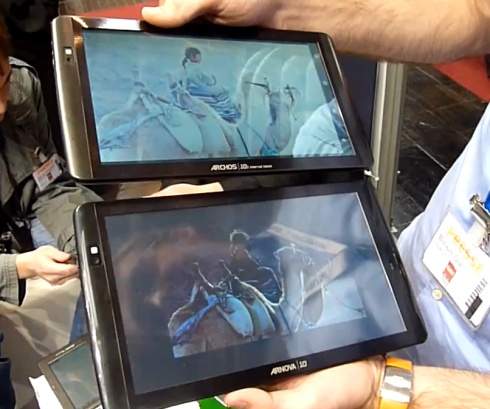 You can check out a hands-on video comparing the two tablets from nDevil after the break. It’s in German, but you can get a decent idea of how the tablets compare even with the sound off. I have to say that while the Arnova 10 is supposed to have a matte screen, it certainly seems rather shiny in the video.