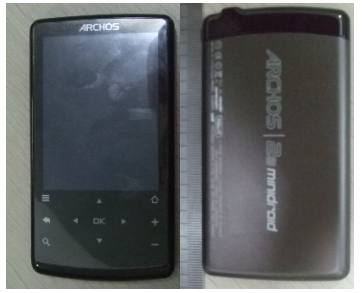 In the market for a handheld Android device that doesn’t function as a phone, but think that the Archos 32 with its 3.2 inch display might be a little too big for you? Don’t worry, Archos has you covered with its tiny Archos A28, which sports a 2.8 inch touchscreen display.

This little guy looks a bit like an Android smartphone, but it’s designed to function as a portable media device which just happens to run Google Android and have WiFi capabilities, which means you’ll be able to surf the web and run third party apps — although it’s not clear whether it will officially support the Google Android Market.

There aren’t a lot of details about the Archos A28 yet, but according to an FCC listing, it will include 802.11b/g/n WiFi and 8GB of storage space.

From the photos on the FCC site, the Archos A28 looks a lot like the Archos 32, except, you know… even  smaller.