Archos is adding a new 9.7 inch model to its mid-range Android tablet lineup. The Archos 97 Xenon is part of the company’s Elements line, where it joins the Archos 9.7 Carbon which launched this summer.

The new model has the same screen size, but half the memory and one quarter the flash storage. But while the Archos 97 Carbon has a 1 GHz ARM Cortex-A8 processor, the new Archos 97 Xenon has an unspecified 1.4 GHz CPU. 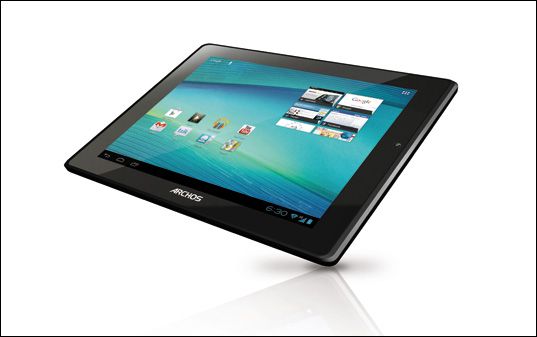 The Archos 97 Xenon features 512MB of RAM and 4GB of storage. It also has a microSDHC card slot for up to 32GB of additional space.

The tablet runs Google Android 4.0 software, features front and rear cameras, a mic and speakers, and support for WiFi, GPS, and 3G — although I suspect that not all models will ship with 3G.

There’s no word on how much the tablet will cost or when it will go on sale.