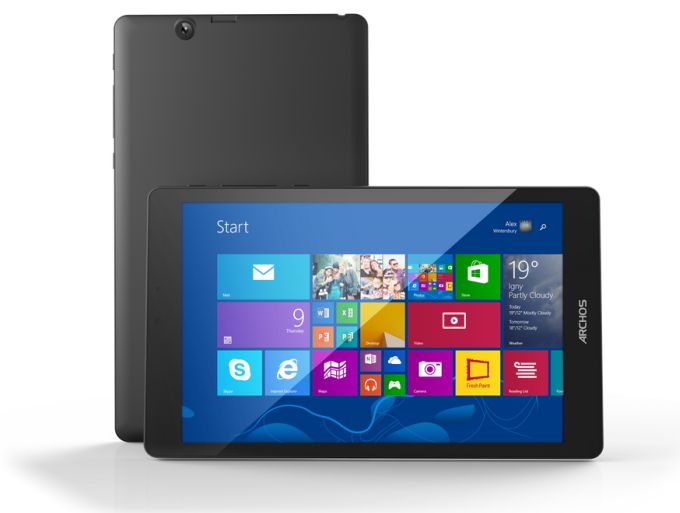 It has a microSD card slot for up to 128GB of removable storage, features a 2MP rear camera and 0.3Mp front-facing camera, a 4000mAh battery, WiFi and Bluetooth and a micro HDMI port.

Like many other small Windows tablets, the Archos 80 Cesium comes with a 1-year subscription to Microsoft Office 365 which means you can run Word, Excel, PowerPoint, OneNote, and other Office apps and use up to 1TB of OneDrive cloud storage.

When Archos first introduced the tablet in August the company said it’d be coming soon for $149. But now that HP, Toshiba, and a number of other companies offer Windows tablets for $100 (or less), I wouldn’t be surprised if Archos decides to cuts the price a bit before selling the Archos 80 Cesium.