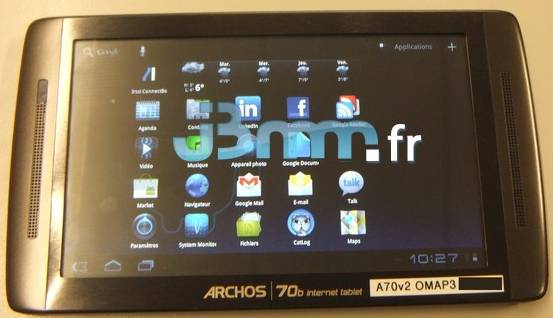 Archos is preparing to update the Archos 70 Gen8 tablet which has been available since 2010. The new model won’t have the speedy dual core processor found in the company’s Gen 9 tablets, but it will have a few major updates over the company’s original 7 inch Android tablet, including:

The tablet will have the same TI OMAP3 processor as the original. The tablet will feature 8GB or more of storage and there’s a microSD card slot for expansion.