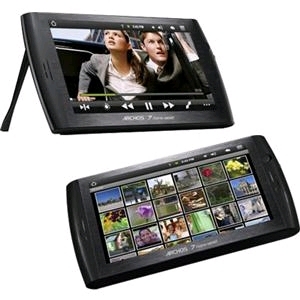 Sure, Archos went and launched a whole new line of tablets this year, including a 7 inch tablet called the Archos 70 which has a capacitive touchscreen display, 1GHz CPU, and runs Android 2.2. But that doesn’t mean the company has forgotten about the Archos 7 Home Tablet launched this summer.

The Archos 7 shipped with Android 1.6, a 600MHz CPU, and a resistive display. Now there’s a new version available, with an 800MHz Rockchip CPU and Android 2.1. The tablet still has a resistive display, but at less than $200, it’s a bump up from the older model — if not quite as state of the art as the $275 Archos 70.

One reply on “Archos 7 Home Tablet gets a minor update”