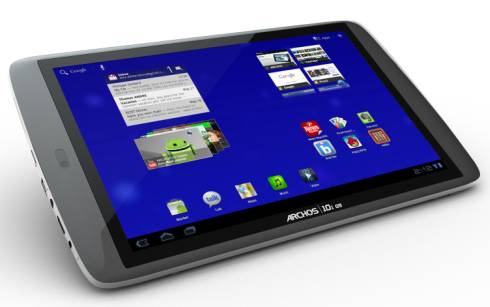 Archos has been cranking out Android tablets since the days when Asus, HP, Lenovo, and MSI thought Windows 7 tablets with Intel Atom chips were a good idea. But while 2011 has become the year of big-name PC makers entering the Android tablet space, Archos has been happy to produce budget tablets for much lower prices for the last few years.

So when the company introduced the Archos 80 and Archos 101 G9 tablets earlier this year and promised starting prices under $300, the news generated a little excitement. These tablets look like premium products, with processors as fast as 1.5 GHz, high resolution displays, and Google Android 3.2 Honeycomb software.

Unfortunately it looks like Archos may have run into a few road bumps along the way. The Archos 80 launched last month for $300, but it’s only available with a 1 GHz processor for now. And now the Archos 101 G9 tablet is also available for purchase — but it also has a 1 GHz processor and a heftier-than-hoped-for $370 price tag.

Archos eventually plans to offer versions of the tablets with 1.2 GHz later this month, but the 1.5 Ghz versions won’t be available until next year.

Still, the Archos 101 G9 is probably the most powerful tablet Archos has released to date. It has a 1 GHz TI OMAP4 dual core processor, a 10 inch, 1280 x 800 pixel capacitive multitouch display, 8GB of storage, HDMI output, a front-facing 720p camera, and Google Android 3.2 Honeycomb software. It’s also one of the first Archos tablets to ship with the official Android Market and Google app suite including Google Maps and Gmail.