Google’s Pixel smartphones come with a guaranteed two years of major Android operating system updates as well as three years of security updates, delivered monthly. But Google often sneaks a little something extra into those “security” updates including bug fixes and performance enhancements.

The April update for the Google Pixel 5 and Pixel 4a 5G appears to be a doozy. It’s only a 15 megabyte download, but after installing the update, multiple folks have noticed a big boost in graphics performance, at least in certain benchmarks. Although it’s worth keeping in mind that the performance boost doesn’t put these phones ahead of other smartphones with the same processor… it just brings them in line with those phones, because Google’s Pixel phones with Snapdragon 765G chips had been performing more poorly than you’d expect for a device with that hardware… until now. 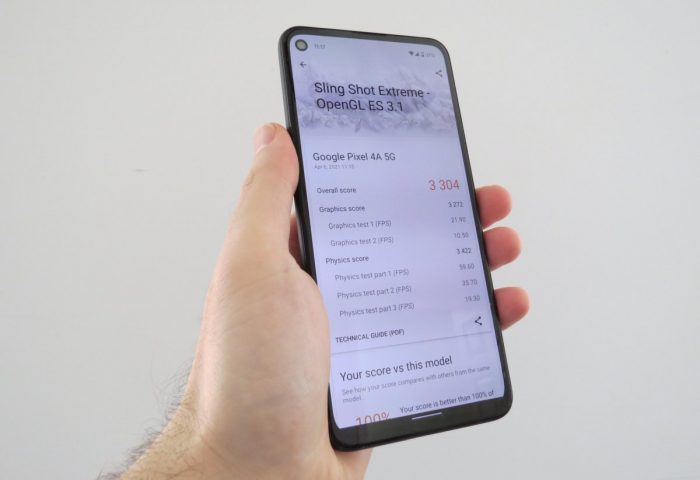 I can confirm that after installing the update April, 2021 security update on my Pixel 4a 5G, the phone scored much higher than a typical Pixel 4a 5G or Pixel 5 in 3DMark’s Sling Shot Extreme tests.

The Snapdragon 765G is an upper mid-range chip, so it’s unsurprising that even after the update, the phone’s 3,304 score is only half of what you’d expect from the fastest smartphones (current-gen iPhones get scores higher than 7,000 while the best Android phones approach 6,000). But the update brings Google’s Pixel phones in line with at least what you’d expect from devices with this processor: when the phones were released, reviewers noted that they tended to underperform in graphics benchmarks when compared with other phones featuring similar hardware.

Google’s release notes for the April, 2021 Pixel Security Update do note “performance optimizations for certain graphics-intensive apps & games,” but that seems like Google is underselling things. Der Standard editor Andreas Proschofsky says when testing performance on a Pixel 5, graphics benchmark scores are 30 to 50 percent higher. General purpose benchmarks like PCMark also see an improvement after installing the update, although the difference is smaller. 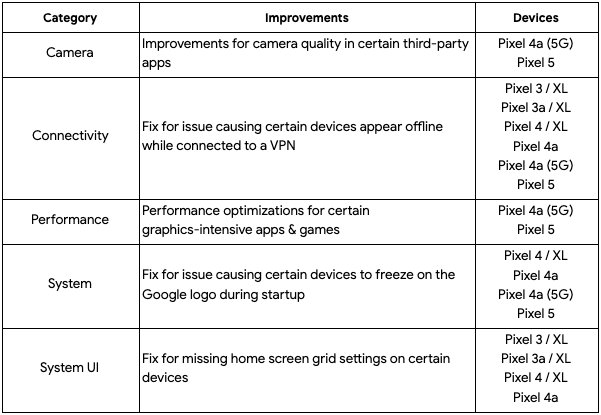