As promised, Apple is adding support for third-party Apple Watch apps. Up until now, developers have been able to use Apple’s WatchKit developer tools to create smartphone apps that can display content on a watch… but the apps are actually running on an iPhone.

WatchOS 2.0 will change that when it launches on September 16ht, allowing apps to run natively on an Apple Watch. That means those apps will work even if your phone isn’t nearby, and they’ll have access to features that weren’t previously available.

Some native apps should also be faster since they don’t need to transfer data to and from your phone. 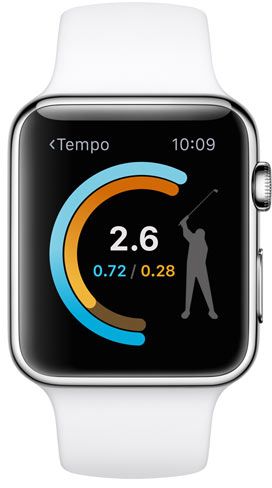 Third-party apps for WatchOS 2.0 can take advantage of Apple Watch hardware including the microphone, speaker, and digital crown. This lets developers create apps that let you listen to music, make voice calls, watch videos, and much more.

WatchOS 2.0 also adds support for Facetime audio calls, transportation directions (when paired with a device running iOS 9 or later), and new watch faces. There’s also a nightstand mode that dims the display and turns your watch into a clock that you can keep by your bed while the watch is charging overnight (maybe the fact that you need to charge the watch every night is a feature, not a bug).

The operating system update also brings support for an Activation Lock (blocking people from using the watch without your Apple ID), new commands for Siri, support for multiple Friends screens so you can view more contacts, and an option to tap to reply to emails so you can dictate a response with your voice.

Apple is also launching a few new wrist straps for Apple Watch, including Sport Bands that come in new colors.

One reply on “Apple’s watchOS 2.0 brings native apps to the Apple Watch”