Apple has a habit of leaking details about upcoming hardware through small details in the code of its operating systems. For example iOS 11 beta included a drawing of a phone with a notch in the display, sort of confirming that the iPhone X would have such as design before Apple was ready to publicly acknowledge that the iPhone X even existed.

So when the folks at 9to5Mac noticed a new icon in iOS 12 developer beta 5 showing what appears to be an iPad with no home button and slimmer bezels than current models, it wasn’t much of a stretch to guess that Apple is planning on releasing a device with those features. 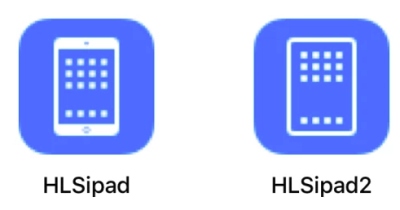 Slimming down the bezels would result in tablets with higher screen-to-body ratios, either allowing apple to reduce the overall size of its tablets or to put larger screens into devices that are about the same size as the current line of iPads. Rumor has it that there’s a new 11 inch iPad Pro that could replace the 10.5 inch model.

Removing the home button also probably means getting rid of the fingerprint sensor. There are signs that Apple plans to bring the Face ID facial recognition feature developed for the iPhone X to the iPad family, which would give users a quick and easy way to securely login to their devices without entering a password or PIN.

The icon doesn’t show a notch at the top of the screen, but I wouldn’t read too much into that at this point. It could be a sign that the top bezel will be large enough to house a Face ID system. But it could also be due to the fact that this is a tiny icon that’s meant to evoke the general shape of a tablet rather than an accurate drawing.

The only reason I believe the speculation that it really does tell us anything at all about the design of upcoming devices is because Apple didn’t need to update the icon at all. The company had a previous version which showed bigger bezels, a home button, and a camera. It’s when you look at the two icons side by side that it becomes clear that Apple has made some changes in iOS beta.

4 replies on “Apple’s next iPad could have thinner bezels, no home button according to iOS 12 clues”