Apple is updating its iPad Pro with a new model featuring slimmer bezels, a thinner design, and no home button. Instead the new iPad Pro has a Face ID camera system that lets you login to the device by looking at it.

Pre-orders begin today and the new iPad Pro ships starting November 7th. Apple is also continuing to offer the older 10.5 inch model for $649 and up. 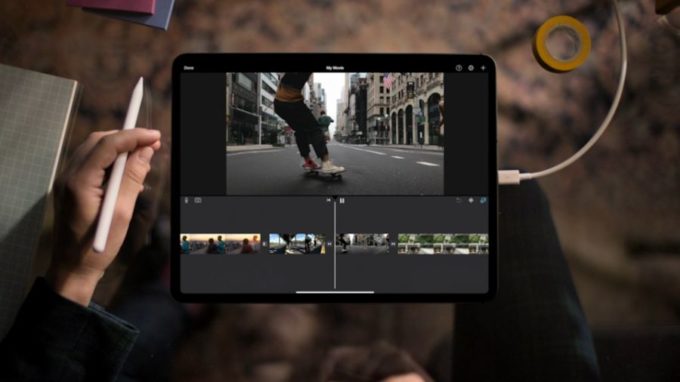 The new iPad Pro has an edge-to-edge LCD display with rounded corners and the same “liquid retina” technology used in the iPhone Xr.

The tablet also has a 120 Hz display and quad speakers.

Apple says the new design allowed the company to make a new 11 inch iPad Pro that has the same footprint as the older 10.5 inch model. And the new 12.9 inch iPad Pro is 25 percent smaller than its predecessor in terms of volume, making it about the size of an 8.5″ x 11″ piece of paper. 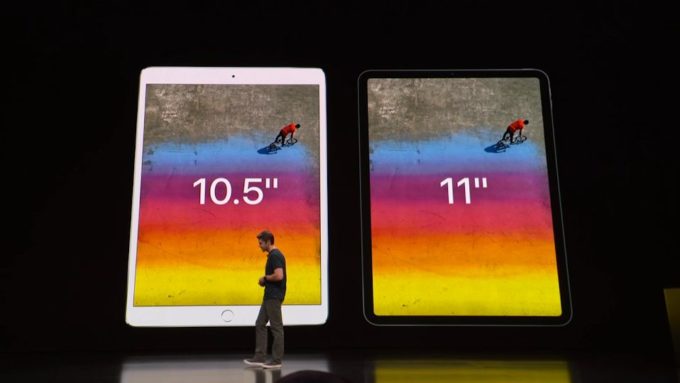 The new Apple iPhone X also features Apple’s most powerful mobile processor to date — the A12X Bionic with octa-core processor that’s up to 35 percent faster than the chip that powered last year’s iPad Pros in single-core tasks, and up to 90 percent faster in multi-core tasks.

It also has a 7-core graphics processor with up to twice the graphics performance of last year’s iPad Pro models.

Among other things, Apple says that allows for console-quality gaming and support for desktop-class apps: the full version of Adobe Photoshop is coming to iOS in 2019.

A new storage controller also allows the new iPad Pro models to support up to 1TB of storage (although the entry-level models ship with just 64GB of storage). 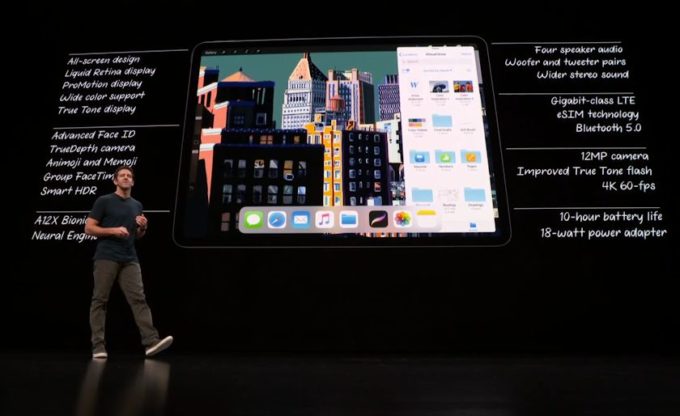 The move to USB-C allows you to connect existing peripherals created for a wide range of devices, and mark the first time Apple has launched an iPad that doesn’t use a proprietary connector.

You can connect up to a 5K external display via a USB-C connector. And you can plug in a phone or other device and use your iPad Pro like a battery pack to charge other devices.

Otherwise both models are pretty much the same in most respects. They have the same processor, the same storage configuration options, and even the same display pixel density (264 pixels per inch) and estimated batteyr life (up to 10 hours).

Apple is also updating its iPad Pro accessories. The new Apple Pencil attaches to the side of the tablet magnetically when you’re not using it, and automatically charges wirelessly when it’s attached.