Apple has introduced a new security feature that most people are probably never going to use… but which could come in handy if you’re a journalist, activist, or government worker at high risk of a sophisticated, targeted attack.

Lockdown Mode, which will roll out this fall to iOS 16, iPadOS 16, and macOS Ventura, essentially makes it a lot harder for an attacker to infect your device with malware. But it does that by making your phone, tablet, or computer a lot less useful. 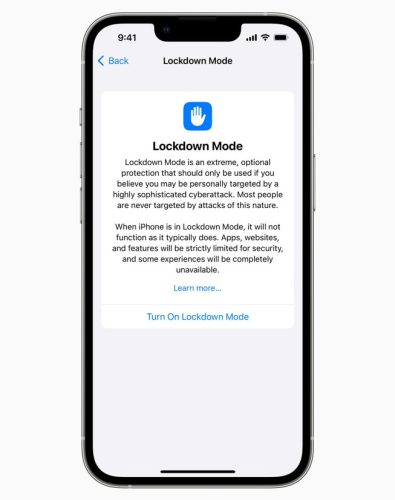 Once enabled, Lockdown Mode will, for example, will put some of the following restrictions on supported Apple devices:

The company says other features and restrictions will be added to Lockdown Mode in the future, and Bloomberg reports that a version of Lockdown Mode could also find its way to other Apple devices including the Apple Watch in the future. .

Apple says Lockdown Mode is designed for “the very small number of users who face grave, targeted threats to their digital security,” and the company clearly doesn’t expect most people to use the feature. But it could offer an extra level of protection for folks at risk… or give you an excuse to make your phone a little less useful if you need an escape from the distractions of modern digital life.