The 7th-gen iPad is up for pre-order today and it should be available in stores starting September 30th. 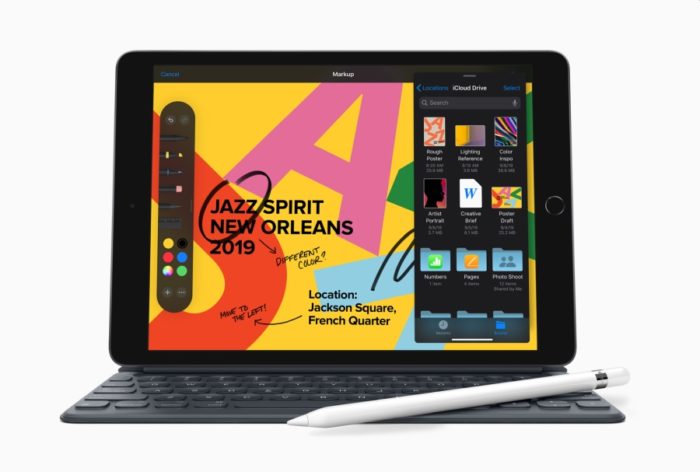 Other features for the new entry-level iPad include an 8MP rear camera, a 1.2MP front-facing camera, a Touch ID fingerprint sensor in the home button, stereo speakers, a Lightning port, and a headphone jack.

Possibly the most interesting thing about the new iPad is that it’ll be the first device to ship with iPadOS out of the box.

First announced earlier this year, iPadOS will also be available as an update for other compatible iPads on September 30th. But given the emphasis on making iPads work as productivity devices with support for mice, keyboards, and digital pens, it’s interesting that the key features of the first iPad designed to ship with the operating system include increased screen real estate and support for a keyboard cover.

That said, iPadOS is basically just a modified version of iOS that’s optimized for tablets, which means that for the most part the user interface will look familiar to long-time users, and most older apps should work with the new operating system.