Apple’s legal battle against Samsung in Germany has grabbed a number of headlines lately. But while Apple has won several of the preliminary rounds to ban sales of the Samsung Galaxy Tab 10.1 in that country, it turns out Apple’s victories may be virtually meaningless at this point. You can still buy Samsung tablets in Germany, and it looks like you’re probably be able to continue doing so for the foreseeable future. 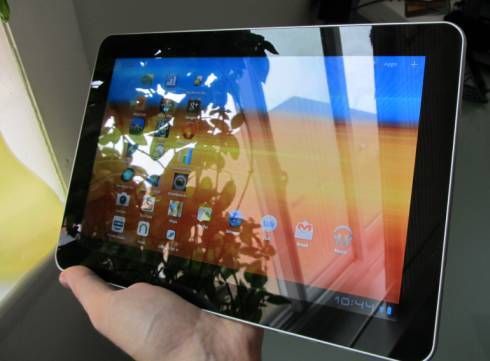 The lawsuit Apple has challenged basically accuses the Samsung Galaxy Tab 10.1 of being a knockoff of Apple’s iPad. The case is still proceeding through the courts, but while a final decision could be as long as a year away, Apple has sought a preliminary injunction that would prevent Samsung from selling the tablet in the meantime.

A German court granted that injunction… and then recently upheld it, which means that Samsung will either need to appeal to a higher court to overturn the ban, or wait for the final ruling.

But here’s the thing — the German court only has jurisdiction over what Samsung’s German division does. While the court has ordered Samsung Germany not to sell the tablet in Germany or any other EU member country, Samsung is an international corporation based in Korea. There’s nothing preventing the parent company from distributing the tablet in Germany or other EU nations.

That means that retailers can not only sell any remaining stock — but they can also reorder tablets from Samsung… just not from Samsung Germany. Reuters reports that’s exactly what at least one chain of German electronics stores plans to do.

Could the preliminary injunction make things a little more complicated for Samsung and its retail partners? Sure. But it looks like the ruling may not have that much impact on German consumers interested in picking up a Samsung tablet.

There’s still no way to know for certain what will happen once the court actually rules on the larger issue of whether Samsung’s tablet violates Apple’s design rights.