It’s available for purchase for $299 and up. That’s more expensive than last the 4th gen model, but that’s because the new iPod touch has a faster processor, bigger screen, and a better camera, among other improvements. 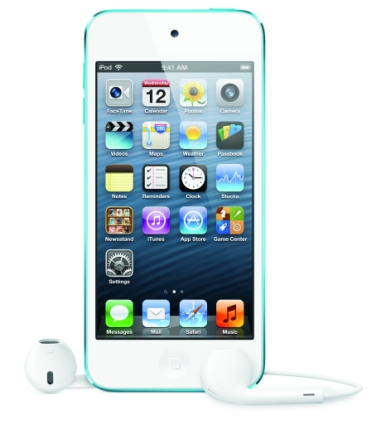 The 5th-gen iPod touch measures 6.1mm (0.24 inches) thick and weighs 88 grams (3.1 ounces). It’s the thinnest and lightest iPod touch to date, even though it has the largest screen yet.

It’s powered by an Apple A5 processor — much like the iPad 2 or the iPhone 4. That’s a step up from the 4th generation iPod touch, which has an A4 chip, but it falls short of the new A6 processor in the iPhone 5. Apple says that chip offers twice the graphics and CPU performance of an A5.

The new iPod touch has a 5MP camera, LED flash and autofocus — features which weren’t available on the fixed-focus camera on the last iPod touch.

Apple is also included a panorama mode and support for 1080p HD video recording with the rear camera.

Like the iPhone 5, there’s a new FaceTime HD front-facing camera which can shoot 720p video, and the company has added an optional wrist strap which comes in handy if you plan to use the iPod touch as a point-and-shoot camera, or hand it to your kid for mobile gaming. 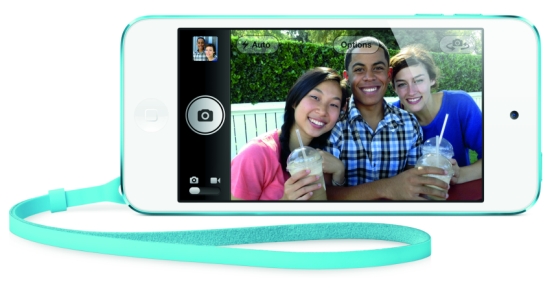 The iPod touch also now gets AirPlay mirroring support, letting you pair the device with an Apple TV to stream games, videos, or other content to a TV.

And for the first time, you can now use Siri voice recognition on the iPod touch. 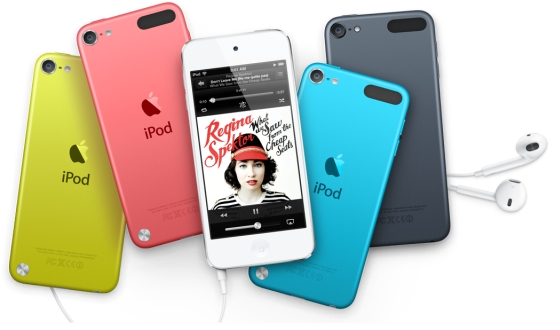 Apple will also offer a cheaper option: The 4th-gen iPod touch. The company is keeping the older models alive, but it’s phasing out the 8GB version.