The iPhone SE is cheapest member of Apple’s iPhone lineup. But it’s no longer the least powerful. Apple has introduced a new model that sports the same Apple A15 Bionic processor used in the company’s iPhone 13.

Apple begins taking pre-orders for the 2022 iPhone SE on March 11 for $429 and up, and the phone will be available starting March 18. 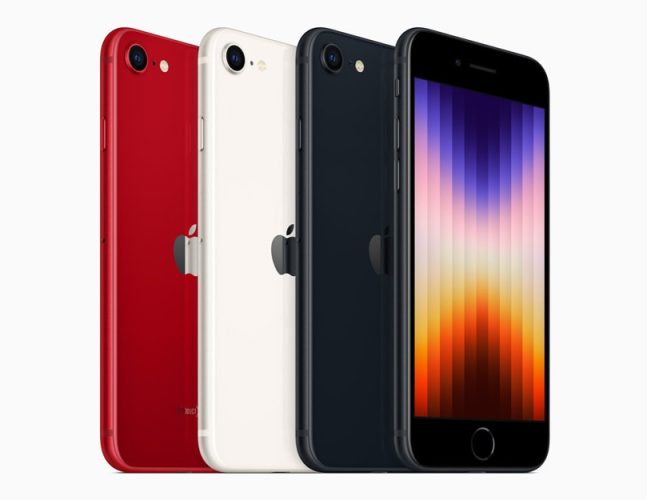 But with a 4.7 inch display and a case that measures 5.45″ x 2.65″ x 0.29″, the iPhone SE is pretty compact by modern smartphone standards. The price tag also puts the iPhone SE in competition with mid-range Android phones rather than flagships, despite the fact that this phone has one of the most powerful smartphone processors to date.

Interestingly the iPhone SE is not Apple’s smallest iPhone. That would be the iPhone 13 mini which, despite having a larger 5.4 inch screen, has a smaller body thanks to slimmer bezels. It measures just 5.18″ x 2.53″ x 0.3″, but has a higher starting price of $699. 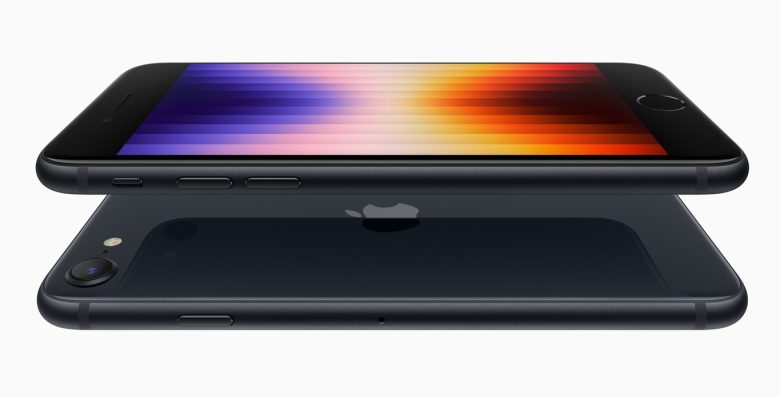 That said, the phone has just a single 12MP wide-angle rear camera at a time when multi-camera phones have become commonplace. It does use computational photography for features including Portrait mode with bokeh-style depth effects, HDR, and photographic styles.

The 7MP front-facing camera supports features like Portrait mode and Portrait Lighting, but it’s a lower-resolution camera than you get with the iPhone 13 and it tops out at 1080p/30 fps video recording rather than 4K/60 fps. 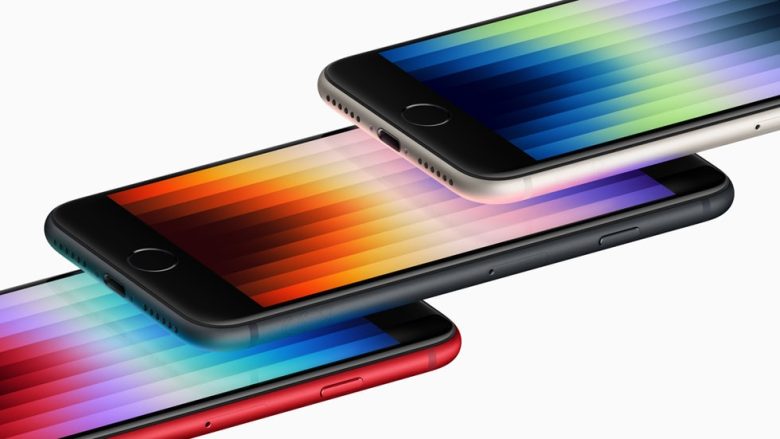 One thing the iPhone SE does have that some of its pricier siblings lack? A home button with a built-in fingerprint sensor. This phone supports Touch ID, but lacks support for Face ID.

Other features include a 4.7 inch, 1334 x 750 pixel (326 ppi) display, 64GB, 128GB, and 256GB storage options, red, starlight, and midnight color options, and an IP67 rating for water resistance. The phone has stereo speakers and it uses a Lightning connector for charging and accessories, but no headphone jack. Not all of the phone’s features are a throwback to the days before bezels and home buttons went away. 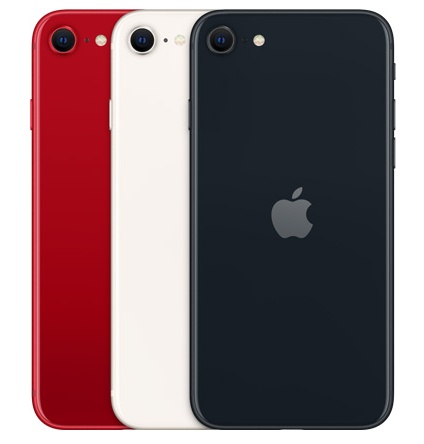