Every Apple MacBook released since 2018 has had a privacy feature that disconnects the microphone hardware when the lid is closed so that nobody can take control of your computer and listen when you think the system is sleeping. 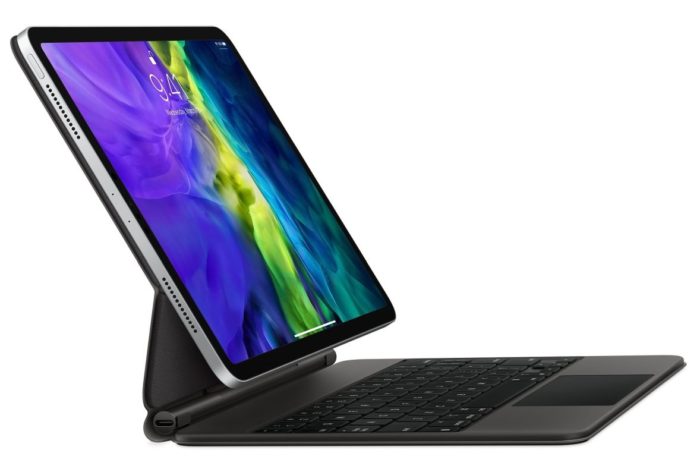 Of course, the iPad Pro isn’t a laptop… so how exactly do you disconnect the microphone? By using it like a laptop.

According to Apple, the microphone is automatically disconnected when you use the iPad Pro with an MFI compliant case that’s attached to the tablet and closed. That should include third-party keyboards and covers as well as those sold by Apple.

Since the hardware is disconnected and not just disabled, Apple says that there’s no way for any software (even software with root or kernel privileges) to activate the microphone.

Apple says the hardware disconnect is tied to its T2 Security Chip, which is included on all recent MacBook laptops as well as the new iPad Pro.