Apple has been waging a legal battle with Samsung since last year, claiming that the Galaxy Tab 10.1 tablet infringes on a design patent covering the Apple iPad. Today a US District Court judge in California granted a preliminary injunction which will prohibit sales of the Galaxy Tab 10.1 in the US. 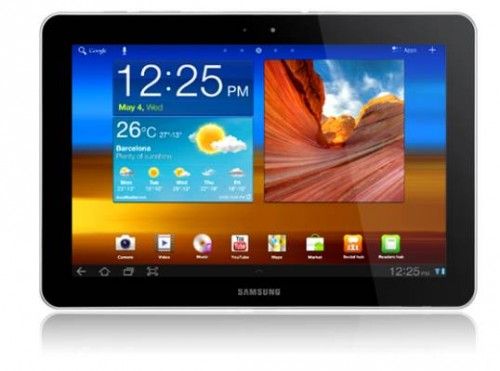 On the one hand, this is a major win for Apple. Previously the injunction had been denied, but an appeals court directed the judge to reconsider that position — which she did.

On the other hand, this all feels a bit silly at this point. The court has only issued an injunction which would prohibit sales until the case actually goes to trial — at which point it could theoretically be overturned and Apple could be required to pay damages incurred by Samsung.

Retailers will also be able to continue selling any remaining inventory of the tablet. Samsung just won’t be allowed to ship any more units to retailers in the US.

Last year Samsung also introduced a Galaxy Tab 10.1n model in Germany to get around a legal complaint in that country concerning  the original tablet’s design. It featured a few cosmetic changes to the tablet, but had the same basic features as the original.

In other words, courts move much more slowly than consumer electronics product cycles.

Still, Samsung’s not taking the ruling sitting down. The company has already filed an appeal.