Apple offers a range of wristbands for its Apple Watch, but the company is also supporting third-party bands: Yesterday, Apple launched a Made for Apple Watch program, which will allow third-party band makers to create Apple Certified accessories for the wrist worn device.

Unfortunately, Apple is restricting what it wants you to be able to do with those bands. Among other things, there’s no support for bands that let you recharging the watch’s battery.

The world of Apple is excruciatingly restrictive. Even the best of accessory and electronics makers are at the will of the tech giant because they must follow the company’s compatibility standards.

If an accessory for an Apple product product doesn’t have a “Made for Apple” or “Made for iOS” logo on it there’s no guarantee it will continue to work in the future (particularly when it comes to accessories for charging or syncing).

Long before Apple Watch was even available for preorder, an accessory maker was promising it could create a band with a charging mechanism built in.

ReserveStrap has determined that a six-pin diagnostic port on Apple Watch (something that isn’t supposed to be used by the consumer) can be used for charging and plans to create a band that will connect to that port. 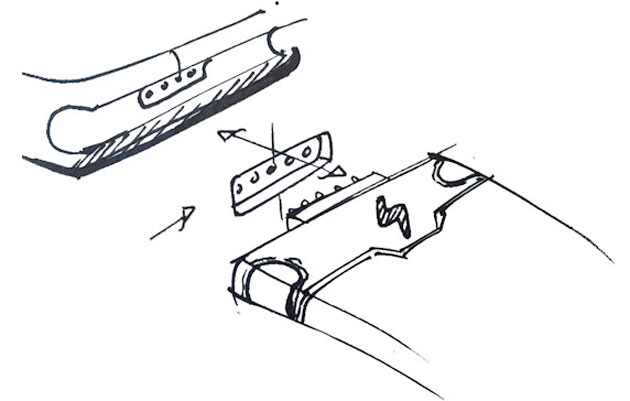 But, Apple won’t certify it. As first reported by 9to5Mac, under article 2.1 of the Band Design Guidelines, Apple states, “Bands must not integrate magnetic chargers.”

It doesn’t meant that ReserveStrap, and other innovative accessory making companies, won’t be able to make charging bands for Apple Watch. It just means that, if you use a non-Apple Certified charging band and something were to go wrong with your Apple Watch battery, it won’t be covered under warranty anymore.

Aside from a wider variety of designs, a battery extender is the only other reason to purchase a third-party band. Just like having a case with an external battery for a smartphone, a chargeable band would be hugely beneficial. Unfortunately for now, you will have to risk voiding the warranty if you want one for Apple Watch.